What are The Future Impacts Of Blockchain in the Banking & Finance Sector? 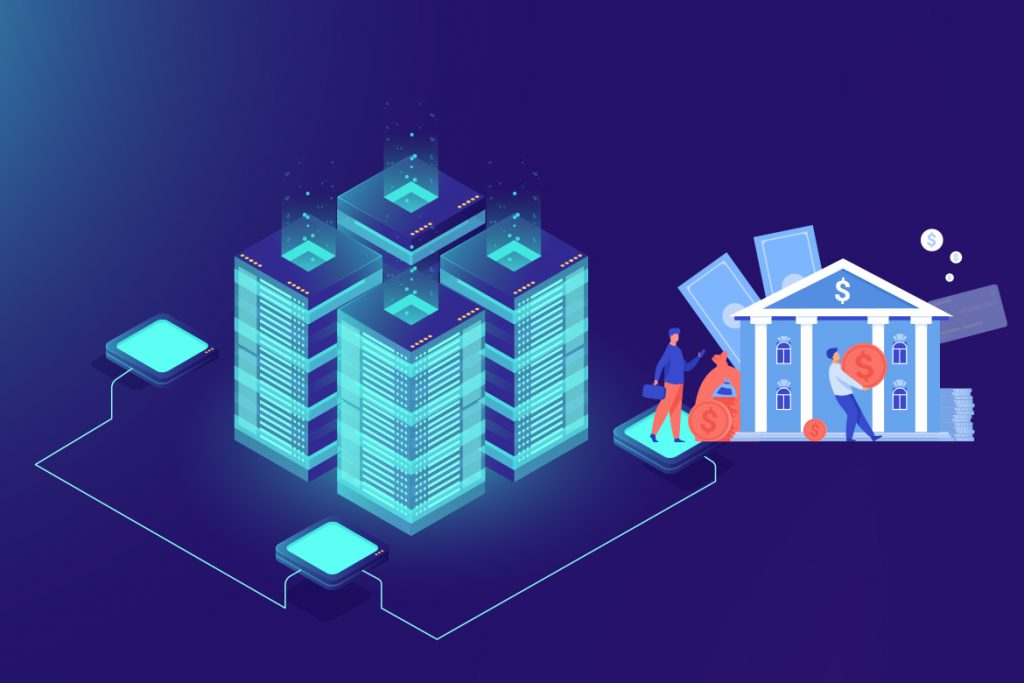 Blockchain is one of the modern technologies that are affecting the Fintech (finance technology) and the banking sector as well. Blockchain development services have lots of potential to design a new approach to executing financial services to revolutionize the banking industry.

However, many consider Blockchain technology as naive but the cryptographic decentralized secure ledger system provided by it has various positives particularly in the financial sectors and in core banking.

In other words, Blockchain is delivering lots of new opportunities to financial sectors currently along with amazing benefits like increased security, transparency, enhanced efficiency, decreased costs, and fast speed. In this blog, we will provide you with more details on what will be the future of Blockchain technology and how Blockchain will spread its wings in the banking & financial sector.

What is Blockchain Technology in Banking? 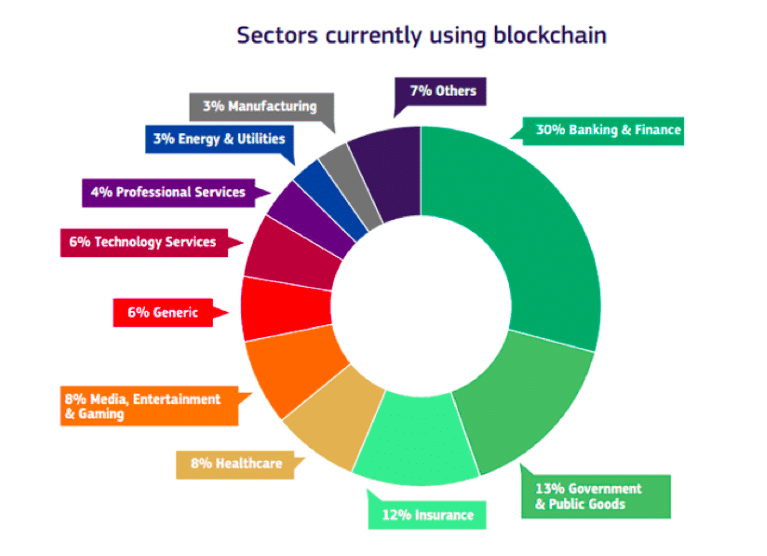 The working of Blockchain development services is based upon cryptographic, mathematical, and economic principles to keep a database between different users without the need for an intermediary or central authority.

A secured distributed database that is tamper-evident to verify the transaction’s validity by parties involved in that transaction. Every group of these transactions is known as a “block” that records all the current transactions and also stores them.

You can call Blockchain an online anonymous ledger including the data structure to make the way easy to transact. It permits users to alter the ledger safely without any third party help.

The ledger of the bank is attached to a centralized ledger, although the blockchain is anonymous but protects the user’s identity. Hence, Blockchain is a more safe approach for carrying out transactions.

Even the blockchain app development company uses algorithms in the blockchain to decrease their dependency on the users for transaction verification. It is also used for recording different transactions that have the potential to interfere with the financial system.

Based on the different application areas of Blockchain, the banking and financial sectors are divided to take the largest market share during the prediction period-

How does Blockchain Work in Banking?

Blockchain technology offers a method for unreliable groups to admit to the database state without using a third-party. Via a ledger that is administered by no one, a blockchain could offer particular financial services such as securitization or payments without having a bank or a middleman.

Additionally, Blockchain permits for the use of tools such as smart contracts that could automate manual procedure potentially, from claims and compliance proceeding to share the contents of a will.

Blockchain development services could benefit from improved coordination with the DLT (distributed ledger technology). It is also helpful for establishing better standards and governance around collaboration and data sharing. Here are some points that will describe what is the exact need for Blockchain the bank-

By applying a decentralized ledger for payments like Bitcoin and Blockchain services could accelerate the faster payments at lower charges than banks.

ICOs (Initial Coin Offerings) are experimenting with new replicas of financing that undo the permission to the capital from standard capital-raising firms and services.

By eliminating the requirement for gatekeepers in the credit and loan industry, Blockchain development services can make it safer to lend money and offer fewer interest rates.

Through tokenizing standard securities like bonds, stocks, and alternative elements, and also putting them on public blockchains so that Blockchain technology could develop more effective, interoperable finance markets.

By changing the unmanageable, paper-heavy bills of lading procedure in the trade finance industry. Blockchain technology can build more secure, transparency, and trust among trade groups across the globe.

Use Cases of Blockchain applications and their Impacts in Banking

Blockchain is not a mystery anymore to modern businesses. It is going to be a 20 Billion Market by 2024 and on an average, enterprises are investing $1 million in Blockchain projects. Furthermore, 69% of banks are experimenting with this technology and the number is growing rapidly.

Blockchain app development company has developed Blockchain apps that are benefitting different industries currently as per their requirements. Here are some of the use cases and their impacts on the banking sector as follows-

Cryptocurrencies are a medium of exchange for making transactions safer and also regulates the creation of additional units of currency. Popular cryptocurrencies like Ethereum, Bitcoin, Litecoin, Ripple, etc. help to reduce the user’s identity theft and protect the merchant from other risks.

It is used for sending and receiving money anytime in the world without including any central authority. These transactions are verified immediately and also are displayed to all users. The involved transaction cost for changing into fiat money is low.

KYC (Know your customers) checks can be done more quickly with the use of blockchain technology in banking as it stores the KYC data in the Blockchain. It brings more transparency, real-time transaction matching, decreased credit exposures, and a prompt unrepairable settlement. It reduces third-party results in a decrement in the margin and collateral needed. 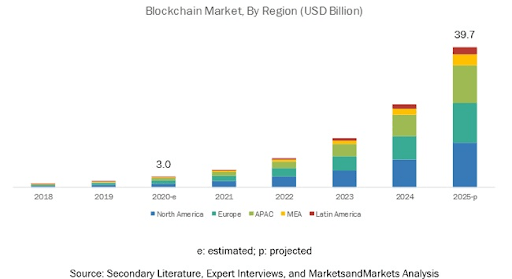 Blockchain can be executed in securities and custody services. Securities are assigned on the Blockchain platform to the included groups that make the process simple for admin of securities and accounting due to automatic procedure of redemptions and subscription.

This latest technology has great potential to revamp the capital market trading procedures. Currently, several intermediaries included in capital market transactions, update their related leaders dependent on messages replaced amongst them for exact accounting, and to implement the business transactions.

Due to costly and time-consuming procedures, sometimes, there is extra delay in the transactions.

SME (Small and medium-sized enterprises) faces various issues to have credit because of a shortage of enough credit and collateral history. Blockchain systems in banking can accelerate supply chain finance via offering efficiency, security, and better decision making.

Blockchain apps prevent the re-routing of funds, and it is not tracked via the lender as the borrower makes various transactions to shift funds from one bank to another bank. It helps in observing the end-use of funds of a borrower that is done by a consortium of banks.

It will lead to a decrease in NPA (non-performing assets) as the banks can monitor the end-use of funds. The data relevant to a movement of funds for all parties and to strengthen the analyzing mechanism.

Blockchain in the Banking Industry 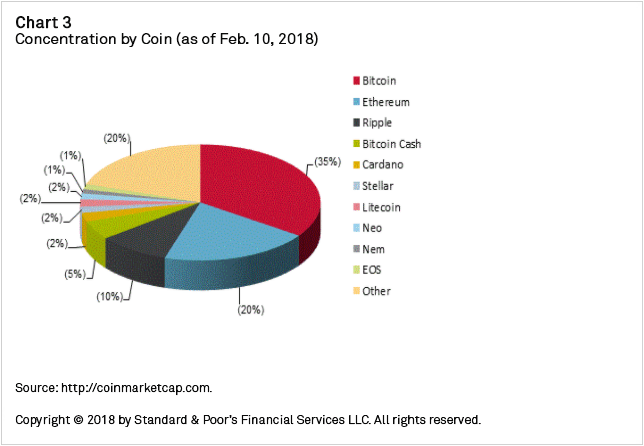 Blockchain technology in the banking and financial sector is providing an innovative way. It offers a dispersed and decentralized ledger for every transaction carried out via the P2P network.

So, KYC is an appropriate way of preventing such crimes. KYC is a procedure based upon the Blockchain technology that is known as the best solution for different frauds as it stores data from various service providers.

These are authorized along with cryptographic stores including a decentralized network. Via KYC, banks can work on doing better with the intra-bank and inter-bank verification procedures to secure transactions. All these reduce the need of offering the customer data to different banks again and again as well as reducing the procedure cost too.

Financial services mainly use Blockchain Consulting Services as they need the involvement of third-party, selling or buying the stocks also needs the permission from third-party to track the transactions, right transfer, asset ownership, etc.

However, this procedure is quite hard as it includes numerous brokers, custodian banks, exchanges, etc.

With the help of blockchain, the chance to process the asset and locate the ownership can be taken out easily with the help of bitcoins and cryptographic tokens. It makes the payment more secure and safe.

Frauds in the financial sector have become the reason for concern while doing money transactions. These financial fraud plans have revamped financial crimes, and it has resulted in the defeat of several commercial firms, the global economy, the loss of trust, the national economy, etc.

Blockchain technology in banking has helped all the banks to a great level in these problems. This technology has made it possible to share, display, and collect digital data with top security. All the transactions are being done via cryptography encryption.

The main advantage of Blockchain technology is its applying methods of tracking and verifying transactions that make the associations and individual transactions able to process without any central bank or third party.

Various banks have begun applying this technology to offer a trusted alternative to systems based on intermediaries validation of transactions.

Despite the control via a single central authority, blockchain generates a distributed infrastructure via sharing control among peers in the entire transaction chain. Blockchain systems in banking assure the users that transactions will be executed according to protocol and reduce the needs for an intermediary.

After recording data in blocks; it can not be modified retroactively that makes this technology secure inherently. Since it is distributed among a huge number of users, it is hard to hack or shut it down but can be seen by everyone using the system and makes sure the transparency.

The network has decentralized nature, and there is also use of unique digital signatures relied on public and private decryption codes.

Blockchain reduces the risk of duplication and errors and removal of intermediaries eliminates the settlement time to mere seconds and whole transaction time to minutes. Blockchain improves the data mobility and lessens the time occupied for KYC efforts.

Blockchain app development companies help the banks by providing a distributed ledger approach to create a system and decrease the transaction fees for exchanging assets.

It eliminates the risks due to increased data integrity hence cost-cutting is integrated with the regulatory compliance in areas like KYC initiatives.

Future Scope of the Blockchain Technology in Banking & Finance

These above advantages are captivating key players of the industry to collaborate with the leading fintech vendors to visualize a new operating model.

This is the reason why top banks worldwide- credit Suisse, Barclays, HSBC, State Street, Canadian imperial bank of commerce, and MUFG are coming together to make a new form of digital cash to streamline the financial transactions over the Blockchain in the future.

Around 90% of payment associations and 66% of banks are expected for technology adoption by the end of this year. We can take an instance that Ethereum Alliance concentrates on creating private blockchain systems via making huge investments from big level organizations.

Fintech Blockchain apps are taking over the whole sector through a disruptive storm. Even, some of the non-banking financial services like asset and wealth management will soon reap the advantages of Blockchain development services.

Different financial institutions must seek essential guidance to collaborate and leverage the emerging technology into the present venture model to establish a benchmark of productivity, cost reduction, and user delight across the value chain.

Things to Look Out In the End

In this blog, there were so many things to provide attention as Blockchain adoption has done a great job in the banking and finance sector. In a bid to progress towards the cashless society, it is the right time to put the efforts for Indian rupees digitization via blockchain technology.

If you also own an enterprise and are interested in the Blockchain technology adoption, you can contact the leading Blockchain app development company, BR Softech to make your business transaction more fast, secure, cost-effective and transparent. Our skilled dedicated developers will provide you with a suitable solution to adopt Blockchain technology. 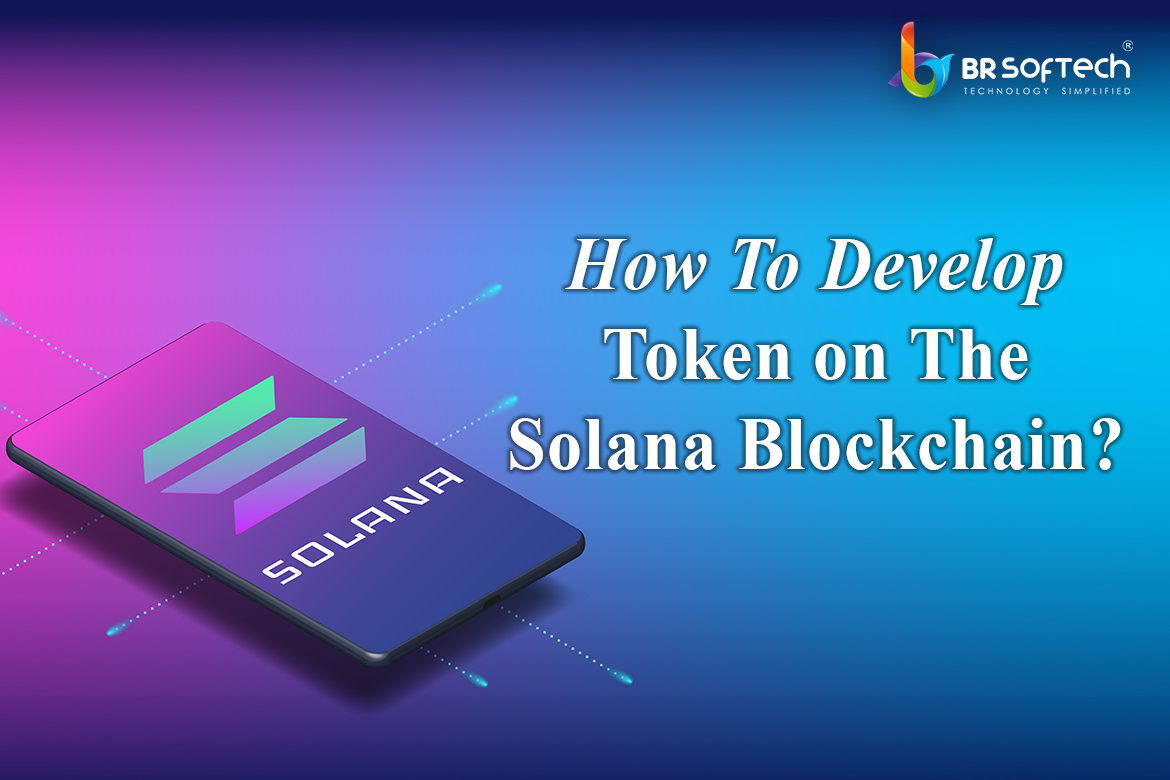 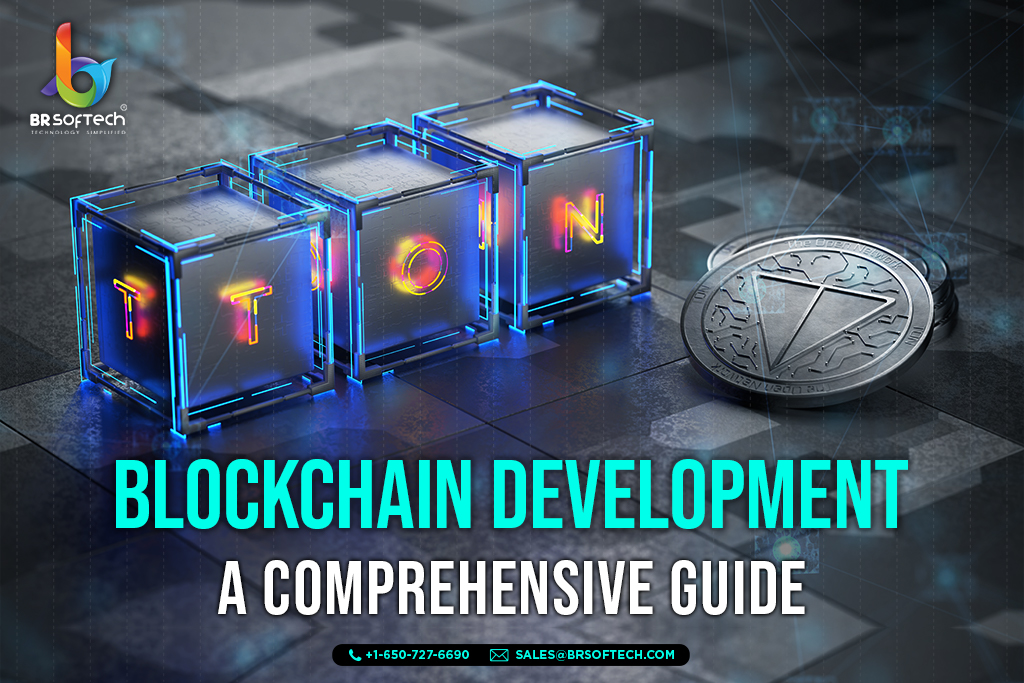