The Comparison Between Node.JS and Golang: Which One best Web Developer to Choose? 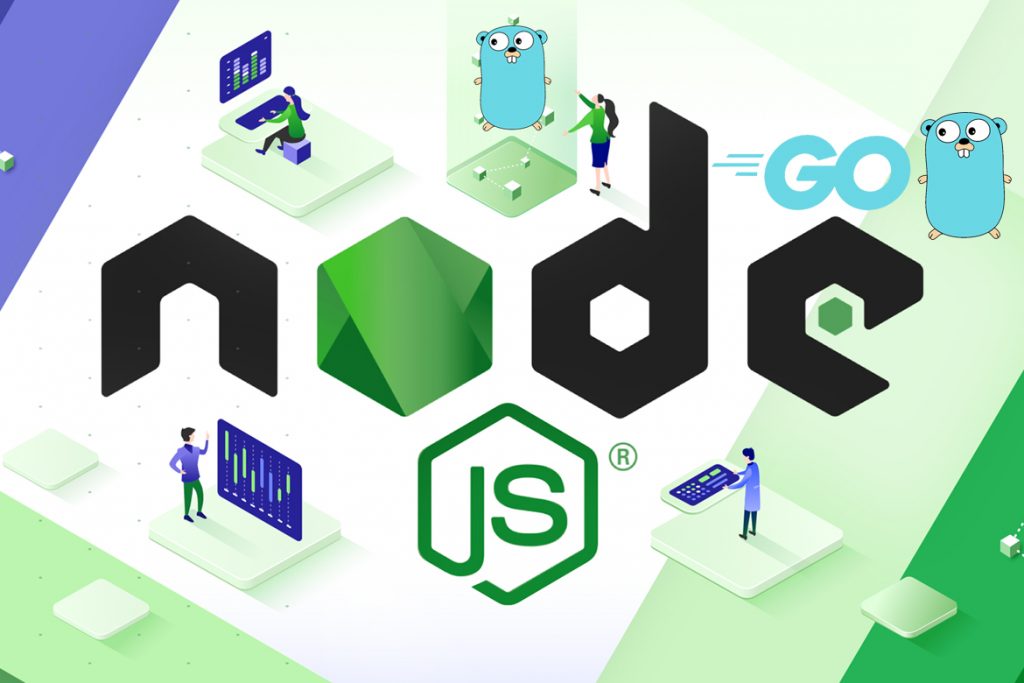 The technology world is growing at a rapid pace with each passing day. Developers around the globe keep an eye on trending technologies that eventually help them to design good software in very less time. Many times it gets difficult for programmers to choose the best language for creating mobile apps as per the requirement of clients. Web development is one of the fastest flourishing sectors. Every industry is looking forward to expanding the business through an online channel to gain more customers and enhance marketing. It becomes vital to choose the best in class technologies such as Golang app development or NodeJS. But, which one works wonders for your business. Keep scrolling down to know more about the right platform for the growth of your organization.

In today’s digital world, a business can certainly gain more customers by improvising different parts of the website, such as speed, graphics, content, etc. All of these factors play an important role in attracting visitors and customers. The selection process of a function-rich programming language depends on the two important factors, frontend software development and the backend software development. Furthermore, the smooth working of the mobile app also depends on user satisfaction. Here in this post, we will talk about two of the widely known languages, Node.js and Golang and which must be chosen by developers for creating wonderful software and mobile apps.

Nodejs is a high-functionality javascript language design on Chrome’s V8 platform. It is a wonderful open-source language which enables developers and coders to create web apps that run smoothly on all platforms, namely, Windows, ios, Android, etc. Another best part about node.JS app development is that it is a cross-platform web designing tool that helps make the task of coders simplified. The multifarious javascript modules integrated into the node allows programmers to add unique functionalities in web-based apps. Engineers find it hassle-free to write different codes on the server as well as a client-side part. It eventually reduces the time taken to know the concepts of 2 other languages.

This promising language is used by engineers to make software on the web efficiently. With the wide community, developers can easily resolve queries with the help of experienced programmers. Operating on the i/o model, it is put to use for designing industry-specific web apps with ease.

Developed by the giant Google, it is a top-notch open-source programming language that enables the creation of web apps with ease. Web applications designed with Golang are meant to run smoothly on varied platforms. This language is best to choose for making web-based apps for large scale industries. This language is widely known for its ability to manage the existing coding task for a web app. It is also a very easy language to learn by developers in no time. Syntax in Go lang makes use of the C language.

Read more: Why Golang (Go) Programming Language is the Best for blockchain?

Developers prefer Golang app development for making numerous web applications on the cloud. This, in turn, reduces the risk of data theft because the information is accessible only by the concerned persons in an organization. Moreover, the higher authority can access the information by sitting anywhere in the world. It makes use of C language for ease of coding. The language is very easy to learn by developers and programmers. Another best part of Golang is the garbage collection. The web apps designed using Golang runs faster because it is integrated with Python. Codes are written in Golang by following the set of structures from the developer’s side. Web development through Golang is also fully secure because of enhanced safety in the programming language.

Points of distinction in Node js and Go lang:

1. Performance of the languages:

If the web application performs efficiently, then it can load quickly on different platforms. It is very important for digital marketing because of the speed of a website entices visitors. Eventually, it leads to good satisfaction of prospective customers and increases word of mouth marketing. Golang app development makes use of C, and C++ language Compiling of the written codes to machine language is quite simple through Go language.

Go also includes the garbage collector, which makes it easy to handle enough memory and eliminates the memory, which is not of usage. This procedure helps decrease cybercrime because it enables the handling of memory with ease. Go is the best platform when the developers have to make web apps that work efficiently for visitors to your website.

Node js must be chosen for backend development. Operating on the Javascript language, it does not block in the process of web app development. Programmers can carry out the actions at the backend and frontend part does not affect at all. Moreover, the V8 engine is the fastest of all JS platforms available, which in turn makes Nodejs a promising tool. The cherry on the cake is that codes writing in Nodejs can be put to use many times in developing web apps.

2. Management of errors arising in the development of web apps:

Go programming language was rolled out, keeping in mind about enhanced scalability while running the web app. Goroutines in this language are helpful in Golang app development. Numerous tasks can be easily carried out with ease and efficiency. This, in turn, improves the functioning of a web app quickly.

In the case of Nodejs, web apps are designed in a very different manner. It operates on the process of a single platform, but the entire part goes in proper order. All the coding procedure in JS is completed with the help of callback features in Node. This is the reason why there is no scalability in Nodejs. Go programming language is good in this regard.

4. Techniques in the development:

The usage of the right techniques and unique functionalities enables the developers to make awesome websites in no time. Nodejs involves the integration of wide-ranging technologies and frameworks that makes the web app creation project simple according to industry-specific software. Furthermore, Javascript language has a wide community which eventually supports the web app project design procedure.

Go programming language, on the other hand, is highly admired by programmers and engineers, but it is still in the developing phase. Though there are multiple frameworks and techniques available but not equal to Node.js. So, Nodejs app development happens to be the winner in this case.

5. Learning time involved in both the programming languages:

The developers who know the concept of Javascript will find Nodejs language as fastest to grasp. If the engineers can learn the language in less time, then they will be able to start with the web app developing part faster. JavaScript language has been in the IT sector since ages. This is the reason why Nodejs takes less time to get the concept. The best part is that a large community of programmers and coders is available on both the channels, offline as well as online. The newbie in Nodejs can reach out to experienced professionals for solving the queries that arise in designing web apps. Irrespective of any part in web app development, whenever any coder is stuck in between then, they can take guidance from programmers having wide experience in the same. The new programmers can easily pursue the course in Node Js web app development through the net.

Golang app development happens to be the new concept in the IT segment. It works on a different set of rules made by Google. The entire process in web app designing through Golang includes different processes, interfaces, etc. Developed by Google, it includes numerous other techniques which are relatively new for the programmers and coders worldwide. Another problem with Go language is that it is only meant for web app backend designing. You will have to hire front-end web app developers from other sources. It eventually takes a lot of time. As a business owner, your main goal is to utilize your time in expanding the business and increasing turnover and revenues. It won’t be possible for you to get involved in the web app designing task. Even the community of Golang is not as wide as that of Nodejs. The coders are required to conduct thorough research for Golang app development. Whenever any problems arise in designing the web app through Go programming language, it gets difficult for programmers to find the right professionals to approach for solving the queries. This, in turn, is a time-consuming process, and the client needs the web app before the deadline. In this factor, Nodejs fits right for the web app development companies. It offers numerous features that attract the coders instantly. Companies utilize the full potential of Nodejs app development to create wonderful web applications for different clients worldwide.

Read More: Things you Should know About NodeJS

6. The community of each language:

Well, both the languages are fully open-source. Each has their own community base to help the new developers, programmers and coders. But, the Nodejs platform has a wider community as in contrast with Golang app development. The Node JS functions on JavaScript, which is the most commonly used language in web app development. But, Golang has a quite smaller community than NodeJS. Developed by the giant Google, there are numerous events held for Go programmers to plan for making changes in this programming language.

So, now you know about both the programming language in-depth. It can now be concluded that it solely depends on the developers as to which kind of web app project they have, and accordingly, they will be able to select the programming language. If the web developer is new in the tech sector, then Nodejs will be the perfect option. But, Golang happens to be the new coding language for programmers and developers. It takes a lot of time to learn. Here again, it depends on the engineers to choose the one as per their requirements. If you are also planning to develop the awe-inspiring web app, then feel free to contact us, and we will assist you further in developing the app. At BR Softech, we have a team of developers having wide experience in creating industry-specific web apps as per the need of clients. 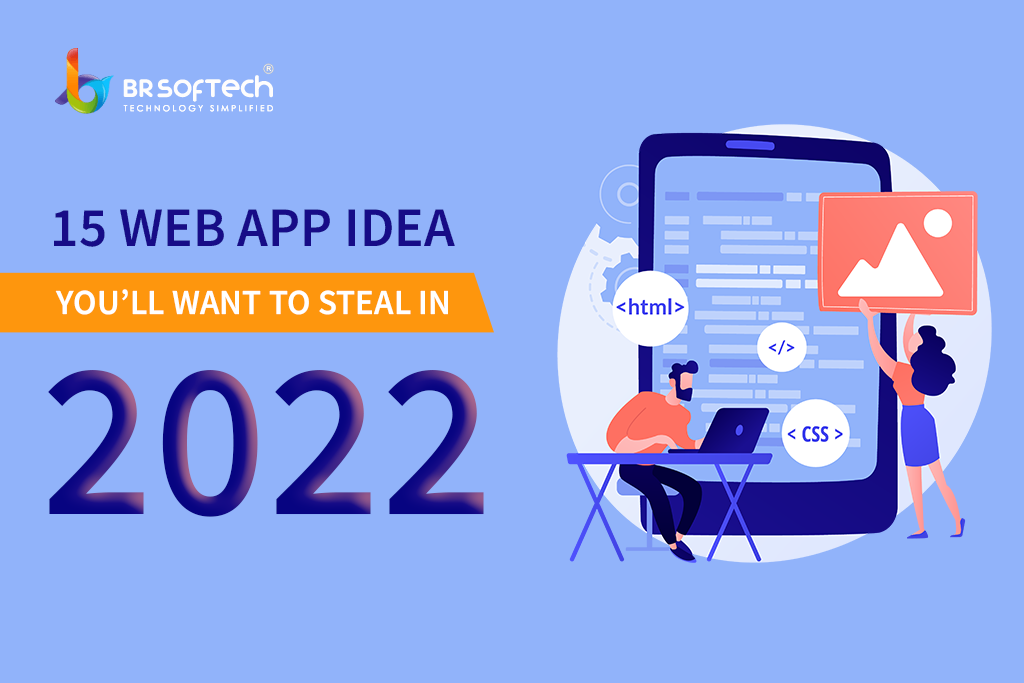 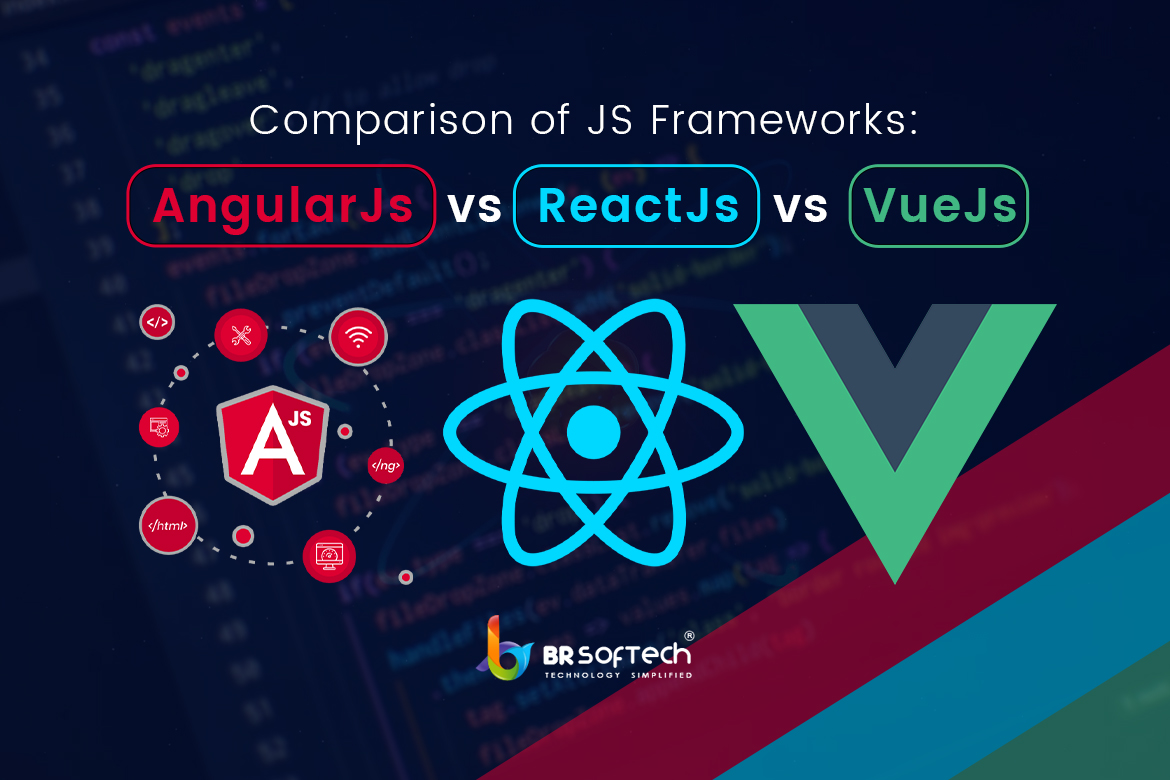 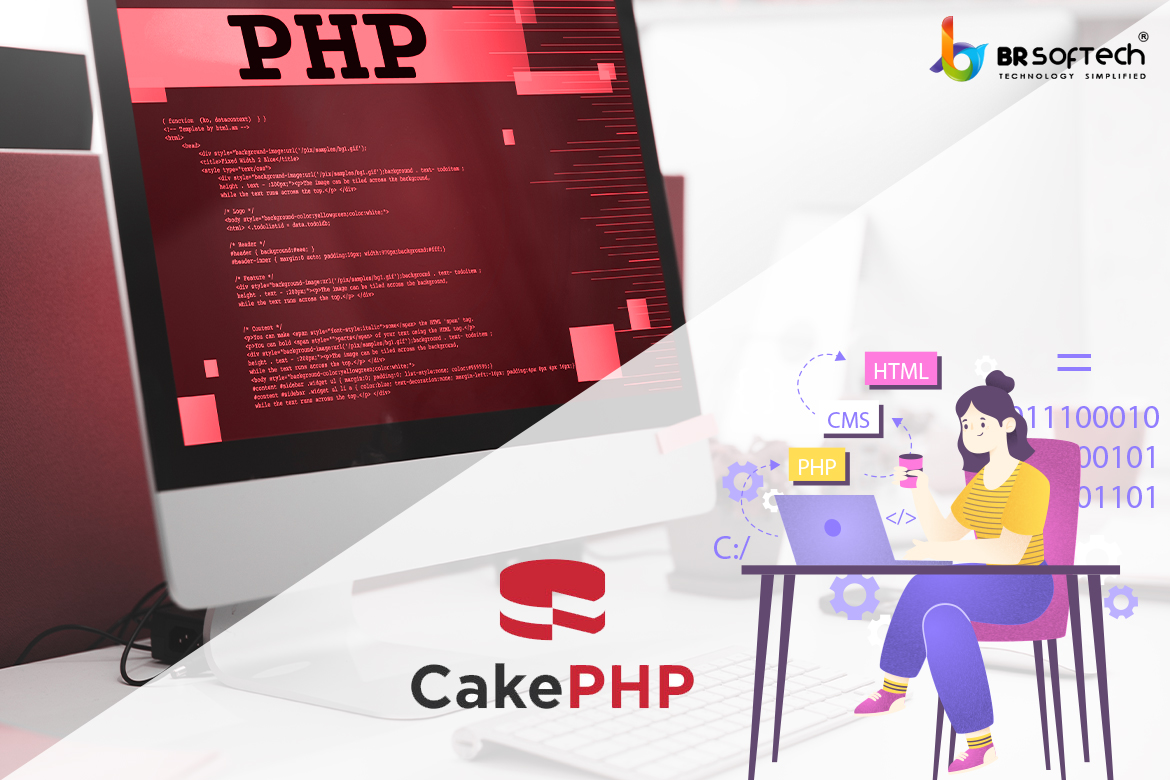