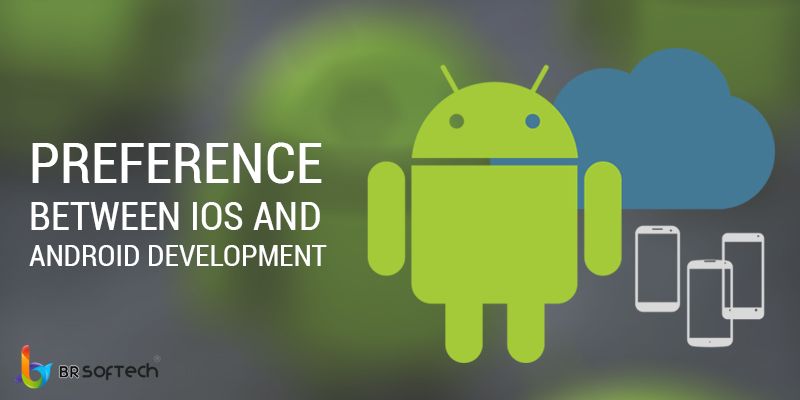 It is very difficult to decide what platform should be used for the application development. One whose maintenance cost is high but branded or one whose maintenance cost is low but  not so high rated as compared to iOS. Well it depends on one’s requirements that which platform will be suitable for the application development. This should be the business strategy to raise the standard. We should set an estimation that what would it cost for the particular project. From the financial point of view ios generates more revenue than android.

But we need to compare it deeply to get the exact idea which platform is good to be considered to get the business high. The development cost factor for both the platforms are different. Slightly up and down. If we figure out the slope of uses of both the platforms we find that ios is used by mostly younger generation who have a passion for earning more money in minimum time whereas android is used globally.

7 Steps to decide which platform is suitable for the development:

#1 Revenue cycle after the development

If we totally rely on the revenue management we need to know this thing that ios developers make more money than the ios developers. This is so because of the brand they have maintained so far. In ios platform you need to pay for the apps which you would like to download but in android platform it is ad supported so you can get numerous apps for free. Ios apps development can be done to change the features on the iphone only no other app will be supportive if they have ios platform. But nothing as such in android, we can enjoy  the update as much as we want. In the year 2015 ios developers made 70%  more revenue than android developers. But at present android developers are increasing the revenue so whenever you decide to develop the app check for the statistics of the platforms.

#2 Average speed of the application development

It becomes more hard for the developers if their development is not appreciated. Android development lacks behind the ios development because many people who are using android are least bothered to update their phone and use the old version. This increases the work of the developer to do more testing on the old version and add some features to it. For example, android has  released a new version naugat but only 5% would be aware of this because many of the people live in times of lollipop version. This makes the release cycle slower than the ios development. On the other hand ios release cycle is fast as 80% of people are aware about the ios8. In fact who don’t have iphone  also are aware about this. It’s a humble request please be updated with the latest version of the platforms and keep your phone updated so that you can enjoy features.

The developer should have an idea that whatever feature he is going to add should be used     by many of the users to raise the business. If we compare the broad content is there in android platform but the engaged users are lot in ios platform. The developer should have a brilliant mind to engage the crowd so that they  can get benefits from the crowd. The updates should be considered by the users as well so that they can take benefit of the latest feature.

#6 Decision of the platform used

So far we have discovered that ios is better than the android development. But is this only we need to know? We can assume it in this way also that when we are starting our company we need to start with the ios development as it is cheaper and takes less time to reach in the market. It will be a better option to start your business. Once you get the growing speed of your business you can opt for the another platform.

#7 Prons and cons of both the platforms

The advantages of ios development are that they have a high influence on the people, have a strong bonding with the market, always use advanced tools for the development. The benefits for android are that they have a high marketing and globally used. They have a short review process. Here comes the disadvantages that ios has more review time process  whereas android has fragmentation which slows down the development. If you have limited money to be invested choose ios platform otherwise if ready to afford more money and time choose android.