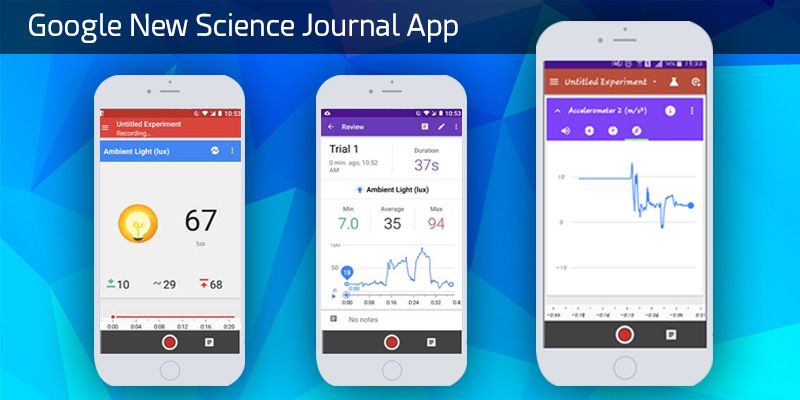 The Google’s hottest release- new Android app. The stunning new app assists the people in accomplishing wonderful science experiments which they tell as a digital “lab notebook”. Google comes up with wonderful technology and it has recently developed Android app and some apps are similar app to Google Adsense.

Science Journal evaluates the data by making use of the sensors which are inbuilt inside the phones- like the accelerometers, the light sensors and also some more- plus the external sensors which you can get on the Google’s Making & Science Website.
Google has said, “You can make use of the sensors in your amazing phone or get it connected to the external sensors for performing marvelous experiments on the beautiful world around you.”
You also get the stunning option of organizing your best in class experiments in the projects, and you can also “make perditions, take the notes, gather the data in multiple trials, then add note and adventure about the results you receive.”
The projects which are recommended by Google includes estimating running speeds over in a week’s time or by estimating the movement of the homemade wind spinners.
Google’s new Android app is meant to reconstruct the clipboard for the purpose of scientific field amazing experiments.
Google Science Journal app does the work of recording data in real time and then the next step in app’s function is the conversion of the data into simple readable graphs and the charts.

A user can  record their running pace daily for a week, and then check their progress on the line graph. Various sensors are available for using, Google says it will be working with people in the science community for enhancing the app continuously.