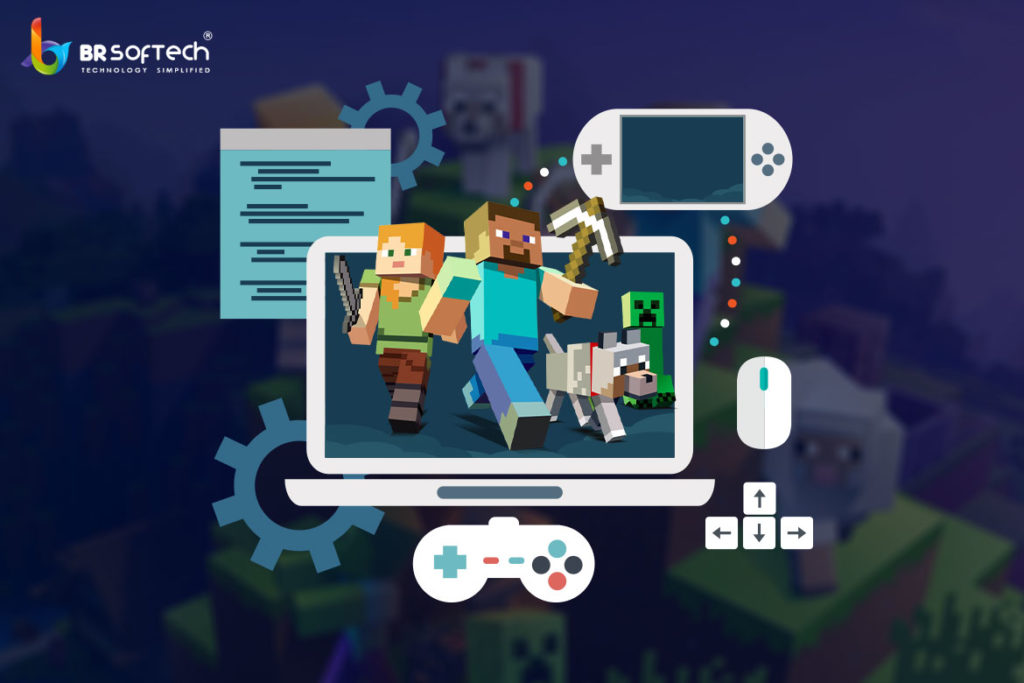 Minecraft is among the highest-selling video games of all time, in the USA, and across the world. Even after the decades of its first release, Minecraft continues to become an international phenomenon, especially among the younger generation. If you are planning to invest in-game app development like Minecraft, then this blog post is meant for you.,

The concept of Minecraft is based on virtual land, where players can plant their seed of Imagination using the blocks and other resources found on the application. The thrill of the Minecraft game can be explored on a variety of devices, including smartphones, tablets, desktops, and gaming consoles.

Minecraft is a video game with no story, and objective, players are left with their creativity to do what they want to do.

Later, in September 2014, Mojang Studio was acquired by Microsoft. Since then, Microsoft has taken several incentives to broaden its reach on multiple platforms and name the title of the best-selling video game of all time.

Minecraft mainly offers two game modes, i.e. survival, and creativity. In survival players, need to find the building material and food to survive the game. In opposition, creative mode leaves the players with the freedom to explore the world of Minecraft on their own.

Why Is Minecraft So Popular?

Minecraft always focuses on finding new ways to allow its users to share their gaming experience with other players. Unlike Other platforms, which use automatic matchmaking, Minecraft emphasizes the players on building their own community of gamers. Minecraft was one of the first games that enabled gamers to build and maintain their own servers to enjoy the gaming experience with their community.

Minecraft managed to attract a wide community of active gaming users, and this is where Minecraft mastered its rivals. This active engagement of the users in Minecraft allows the developers to form the best strategies for marketing to maximize revenue.

This is one of the biggest factors behind the highly increasing popularity of Minecraft. As mentioned, Minecraft does not have any specific goals that need to be followed by the players. This approach provides the gamers with abilities to explore the endless possibilities serving their imagination.

The unique graphics of Minecraft are the prime attraction for many gamers, especially for the younger generation. The graphics might seem outdated at first glimpse, but as you start playing the game, soon you will become addicted to it. However, if you still feel uncomfortable with the game, then you can enhance the graphics quality further with the help of textures and shader packs.

How Many Game Modes Can You Play in Minecraft?

How many game modes are in Minecraft? This is a question that hit the mind while playing the Minecraft game. Minecraft offers four different modes to its users, i.e. creative, survival, hardcore, and adventure game mode. These modes are distinct from each other, which is why they have their own fanbase.

In creative mode, the players are provided with the ultimate resources with no worry to maintain health and satisfy hunger. This mode is an ideal choice for players who just started playing the Minecraft game. Creative mode lets the gamers explore the depth of their imagination.

As the name foretells, survival mode is a mode where players aim is to survive in the game as long as the game allows. The players need to collect resources to build structures in their gaming environment. While at the time of night, your job is to protect your structures from mobs. Unlike creative mode, here you will see the health and hunger bars, which will decrease gradually.

Hardcore mode is similar to the survival mode, with only one difference being set with the hardest difficulty level. In this game mode, you only have one game life, which means you can’t afford to make any mistakes. It would be an ultimate test of the player’s survival skills. Players also need to be mindful of their health, hunger, and mobs. Hardcore mode is only available only with the Minecraft Java Edition.

It is the combination of the creative and survival modes of Minecraft. So what exactly makes the adventure mode different? In other Minecraft mods, there is no story to be followed by the players, while in adventure mode players have a story to run behind. Health bars, hunger bars, and experience bars also need to be maintained in this game mode to succeed.

Five Reasons to Invest in an iOS Game App Like Minecraft

With days passing, an iOS game app like Minecraft has become the most important form of entertainment in the USA, India, and other parts of the world.

During the Covid-19, when other mediums of entertainment went through an increased rate of decline. On the other hand, the revenue of Unity games like Minecraft continues to see an uptick during global pandemic days, with 25% more new users registered on the platform (as per the report of PcMag).

This is just one explanation to understand the worth of the idea of AR game app development similar to Minecraft. Below, we have highlighted the top five reasons why you need to invest in developing an iOS game like Minecraft.

Since 2011, when Minecraft was first released, it has continued to climb the ladder of success every day.

At the start of the year 2021, Minecraft released a statement celebrating the milestone of over 200 million units sold worldwide. These sales figures are enough to make the Minecraft best-selling video game of all time far more ahead than the other popular games such as  Tetris and Grand Theft Auto V.

The below sales figures chart taken from statista.com will help you further to understand the number of Minecraft sold worldwide over the last few years.

2. The Concept of Minecraft  is Here to Stay

Behind the success of any video game, the role of the game concept is inevitable. The same thing goes with Android game development like Minecraft. The concept of Minecraft is solid and well admired by gamers across the world.

If you are planning to develop a video game with higher chances of success and a proven concept, then developing a similar app like Minecraft would be in your interest. 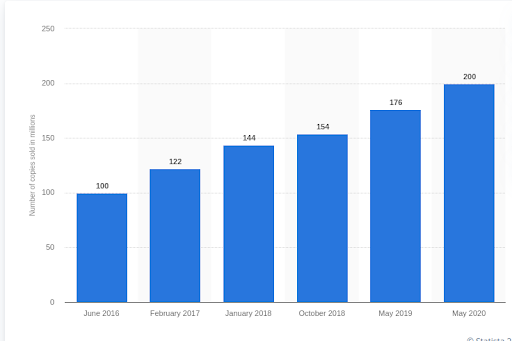 As per another report of Statista published in March 2021, Minecraft has developed a community of 140 million active players worldwide. 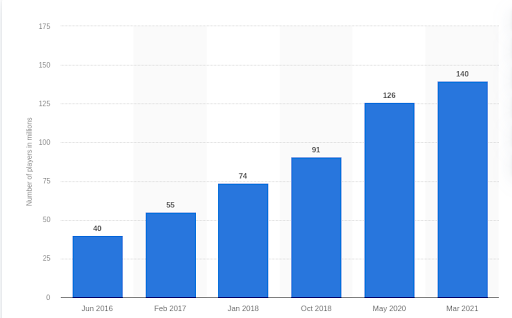 3. Minecraft is Popular Among All Age and Gender Demographics

Many people believe that Minecraft is only popular among kids. However, this is a completely false statement. Minecraft is among all people despite their age and gender demographics.

Here we have taken references from various reports to prove the truth of our above-said statement.

Minecraft Franchise Fact Sheet, released in April 2021, states that half of the children from Europe and North America aged between 9 to 11 years were actively playing video games on Minecraft.

Another report from the Hosting Tribunal said that the average Minecraft player is a male aged between 20 to 24 years.

This means that the popularity of Minecraft is not only born because children, adults, also enjoy playing the free Minecraft video games.

According to the reports, if you develop a similar app like Minecraft, a huge audience base from all ages and demographics is there to make your game successful.

As you know, Minecraft is famous for its simplicity and versatility. So far Minecraft has not adopted technological innovations such as AR/VR. If you develop an iOS game app like Minecraft, then you have a high chance to even surpass the popularity of Minecraft. Therefore, developing a video game-like Minecraft by incorporating technology innovation is a smart move to grow in the market.

How to Hire a Mario Game Developer?

5. Minecraft Has an Effective Business Model to Make Passive Income

The goal of every game creation is to make passive income outcomes. The goal can be fulfilled with AI game app development like Minecraft.

Minecraft makes money in multiple ways. First, when players buy additional costumes or skins to personalize their game character. While Minecraft games can be played for free, a vast community still spends money purchasing such things.

The cost of developing an app like Minecraft has always been a subject of matter. Before providing you with the development cost, the Blockchain-Based Minecraft game development company will study all your requirements like features, technology stack, graphics, and so on. These requirements vary from one person to another; so does the cost to develop an iOS game app.

A rough development cost can be figured out, which would be somewhere around $80,000 to $2,000,00. This cost will apply if you outsource your project to an Indian game development company like BR Softech.

Now that you have got answers to your questions such as why and how to invest in an application in Minecraft. The next significant question you need to deal with is how to develop a game app like Minecraft. 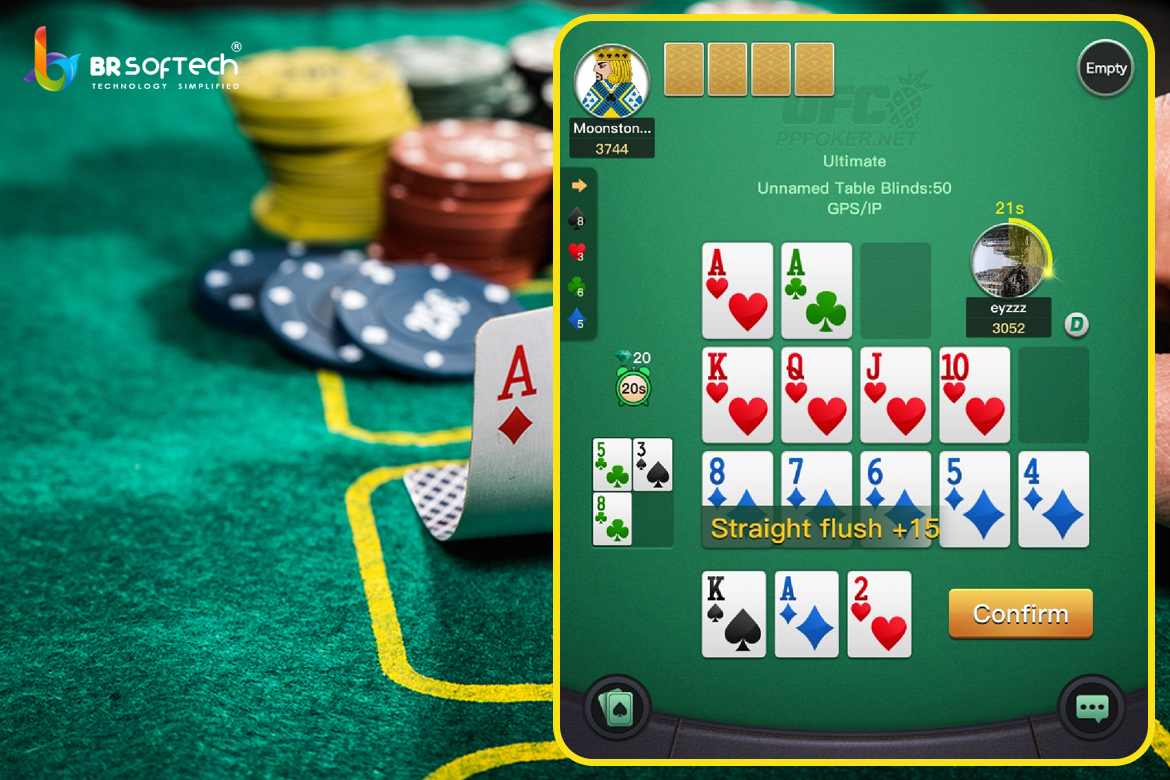 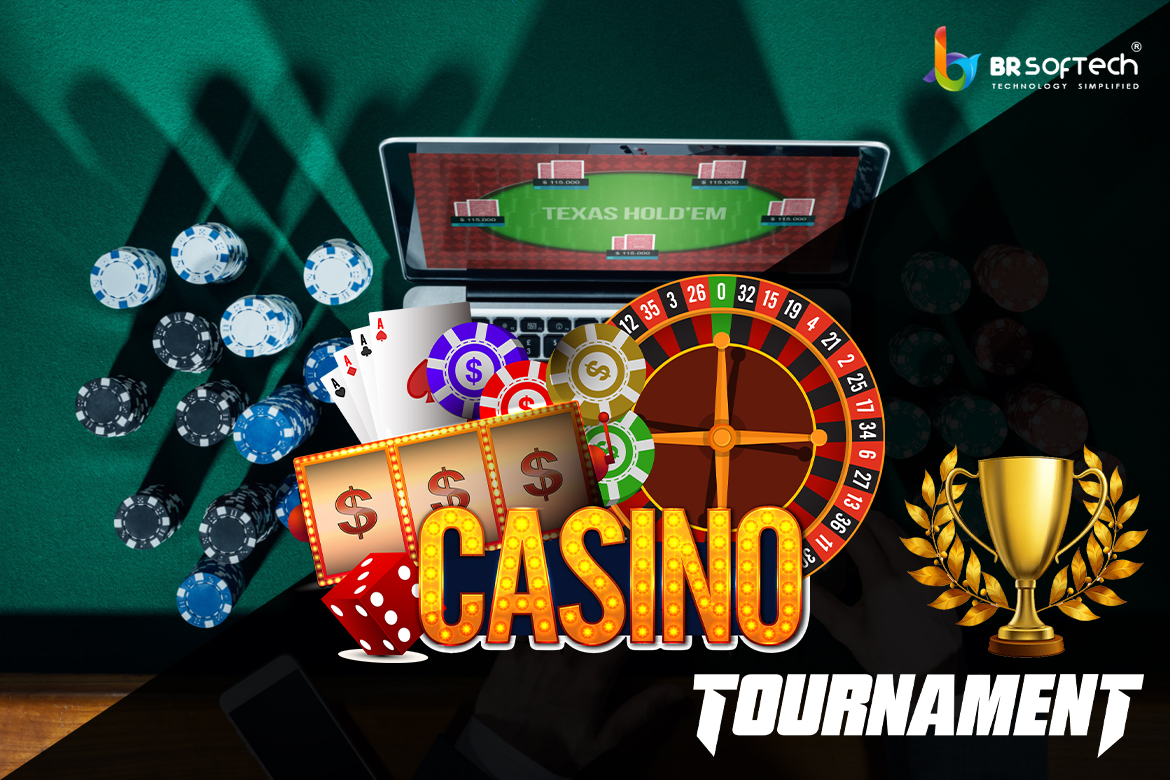