The Difference Between Game Design and Game Development 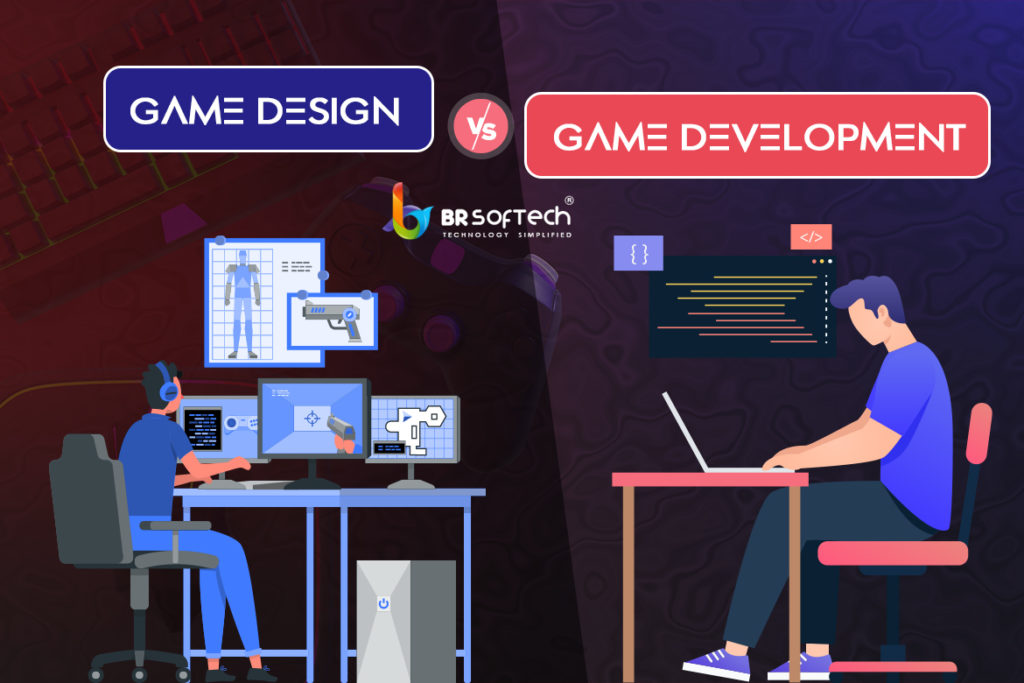 Are you considering a career in gaming? A game designer and a game developer are two terms you will need to know. In bringing the game concept to life, both game design vs game development plays an important role. They differ primarily in their thinking styles. There is a difference in their thinking styles. Designers add creativity to games, while developers write codes and set up the technical foundations.

What is the difference between Game Developers vs Game Programmers? In short, Game Programmers create the backend of games alongside Game Developers? Game development refers to the entire process of creating a game, from its conception to its distribution. Game development encompasses everything from conception to distribution. Instead, video games are created by programmers, who create coding engines to power them.

There’s still a long way to go. The battle between game designers and developers is just getting started. The journey is far from over.

Let’s take a look at the gaming industry statistics before we talk about the actual differences.

Gaming Industry Statistics: You Shouldn’t Miss Out to Read

In almost all industries, the last two years have been difficult. The gaming industry is on the exception list of those industries. It was on the verge of a surge during the period of covid-19 when most of the industries were suffering to sustain.

Another report from Statista says that more than mobile game users will rise from 1.82 billion to 2.6 billion during the period of Covid-19. The same report also illustrates the distribution of games by age group in the year 2022 as follows.

Let’s see the distribution of the games among the different age groups of people.

Talking about the PC gaming market, it will hit the mark of $45.5 billion. (as per Statista).

This is how the gaming sphere is reaching new heights and becoming a lucrative option for investors.

Now, let’s come to the topic and start briefing the definition of video game design and video game development.

What is Game Design?

As part of the creation process of video games, game design can be considered the planning arm. To develop a video game, you will have to put together a plan, and game design is more or less how that plan is put together.

The game design calls for skills in both creativity and technical knowledge to create a cohesive, fleshed-out concept that can be implemented through concrete and usable tasks.

This is just a brief of what is a game design. Let’s scroll down to unpack a lot more, starting with the different types of game design.

System design in-game creation is meant to refer to the process of developing rules in the game and calculating them to find out how efficient these rules are.

The level design is meant to refer to the process of setting up locations, placing mobs, creating ways to pass, taking into account the uniqueness of the game.

It refers to the part of the gameplay design. This is basically the most complex type of game design process. Generally speaking, it should be minimal or detailed to give your players the correct context of the game.

What is Game Development?

The video game developer turns game designers’ concepts and ideas into a final product that can be released on the market. Programming and coding skills are the most important requirements of game developers.

Thousands of lines of code are written based on the designers’ sketches, drawings, layouts, and storylines to create a playable game.

Video game development involves a variety of different game developers. Each programmer will be responsible for a different aspect of the game, such as artificial intelligence, graphics, networking, physics, tools, and user interface programming.

A game’s design is outlined by the Game Designer, while the Game Programmer puts it into action. Coding and algorithms are developed by the company, along with technology to facilitate the concept. The best programming languages are developed by many companies because programmers need the best tools to create their products. A number of languages are used in games, including C, C++, and Java.

Understanding the Difference Between Game Design vs Game Development

Game designer and game developer are not the same, just as website design and website development cannot be the same.

Although they are similar, they are also different. The two processes listed above are both fundamental to the development of a perfect video game.

The following are some of the key differences between them.

To learn about the details of game development before choosing which part suits you best. Check them out.

THE SALARY OF A GAME DEVELOPER AND A GAME DESIGNER

The salary for these professions will be correspondingly high since these skills, analytical and creative mindsets, and higher education are now highly sought after. It is important for you to understand that you must spend 8-12 hours per day at the computer and focus on just one thing if you want to earn a great income. Whether you’re just starting out or experienced, you can make good money with game design vs game development.

It is a good thing that the Internet provides information about the salaries of game developers vs game designers. The income depends on many factors, including the reputation of the company, the specialization, the budget of the project, and the country from which you are operating.

Even so, we do not believe salary is the most important factor. A client’s needs should be met based on your interests, teamwork skills, and adaptability. Those who want to join the ranks of these specialists because of the salary are most likely to be disappointed if they have no interest in game design or game development. In order to become a game designer, you must have a creative mind, as well as patience and perseverance. It’s all an individual thing.

The contrast between Game Design Vs Game Programming may seem insignificant to an observer, but if you want to create a profession out of one or the other, you need to understand the differences. It’s not quite night vs. day, but concept vs. execution is a good description.

While the two professions have little in common, they do complement each other. Designers and programmers must work together closely from start to finish when making a game.

Programmers have the technical know-how to make the game designers’ ideas into action using computer code, and game designers are responsible for the game’s creative vision.

These jobs cover only a small part of what a company does.

Develop these skills to become a competent game developer and establish a rewarding career.

We cannot skip a few requirements, however.

Game developers’ job descriptions can vary based on their roles, designations, and tasks. Despite their differences in requirements, all of these responsibilities work towards the same objective.

Let’s move on and see what you need to build a perfect video game as a video game designer.

So Having learned everything you need to know about video design, let’s now move on and find out what a game designer does on a daily basis.

There are a number of factors that can influence how much it costs to design and develop a complete game. There are several factors to consider, such as your target market, your game’s features, and so on. It all depends on what you are looking to achieve – it can be as low as $50,000 or as high as $100,000.

The above prices are just the base price, and game development costs can be much higher.

Get the estimated Cost

Concepts for the game are developed by the game designer, including characters, locations, animations, and storylines. The game developer, on the other hand, writes code that allows publishers to publish the game in any format they choose.

As a result, the game designer thinks of a vision for the game, while the game developer makes it happen.

Why Choose BR Softech for Game Design and Game Development?

It has been over 11 years since BR Softech began designing and developing games. Through our years of experience designing and building different genres of video games (including mobile games, PC games and console games), we have developed an understanding of what it takes to create highly engaging and immersive video games. To come up with a highly creative and imaginative game design, you can hire game designers. Meanwhile, our game developers have the ability to transform ideas from paper into reality.

You can also partner with us to build games based on AR/VR, IoT and AI, as we always like to be at the forefront of the advancement of new technologies.

So, let’s initiate your discussion with our highly proficient team and bring your game development idea into life.

Are You Looking for Game Development Company? 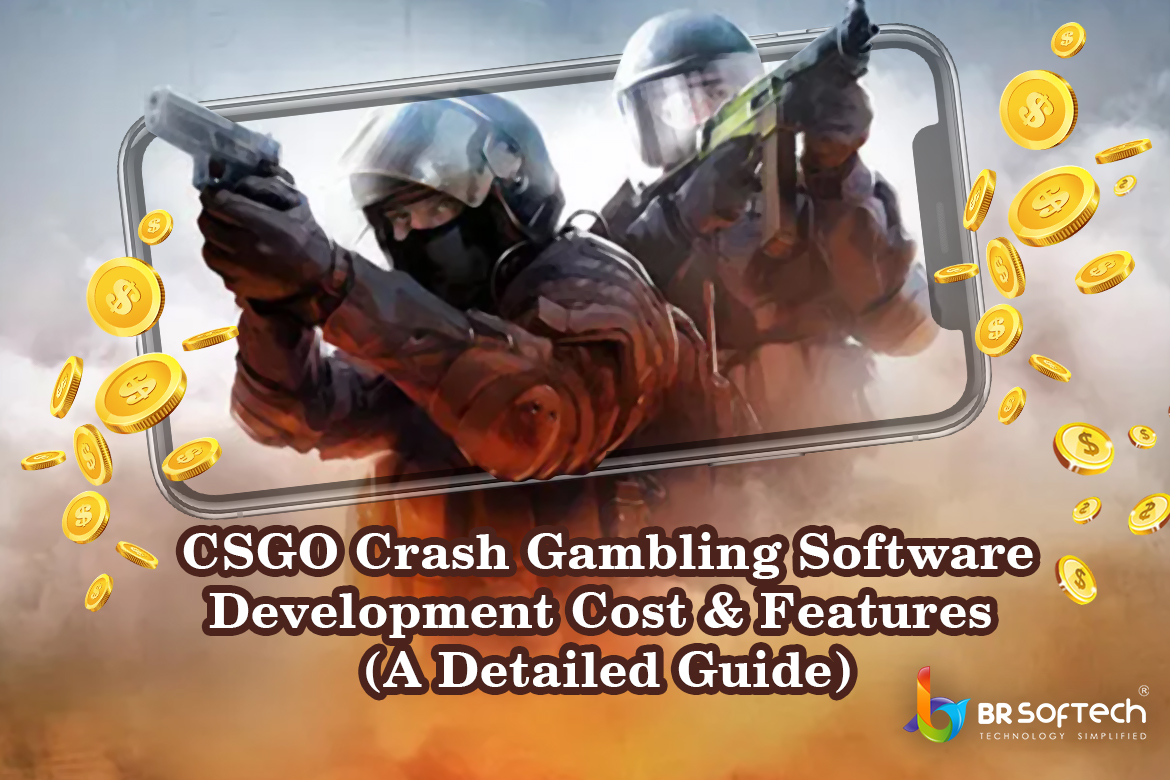 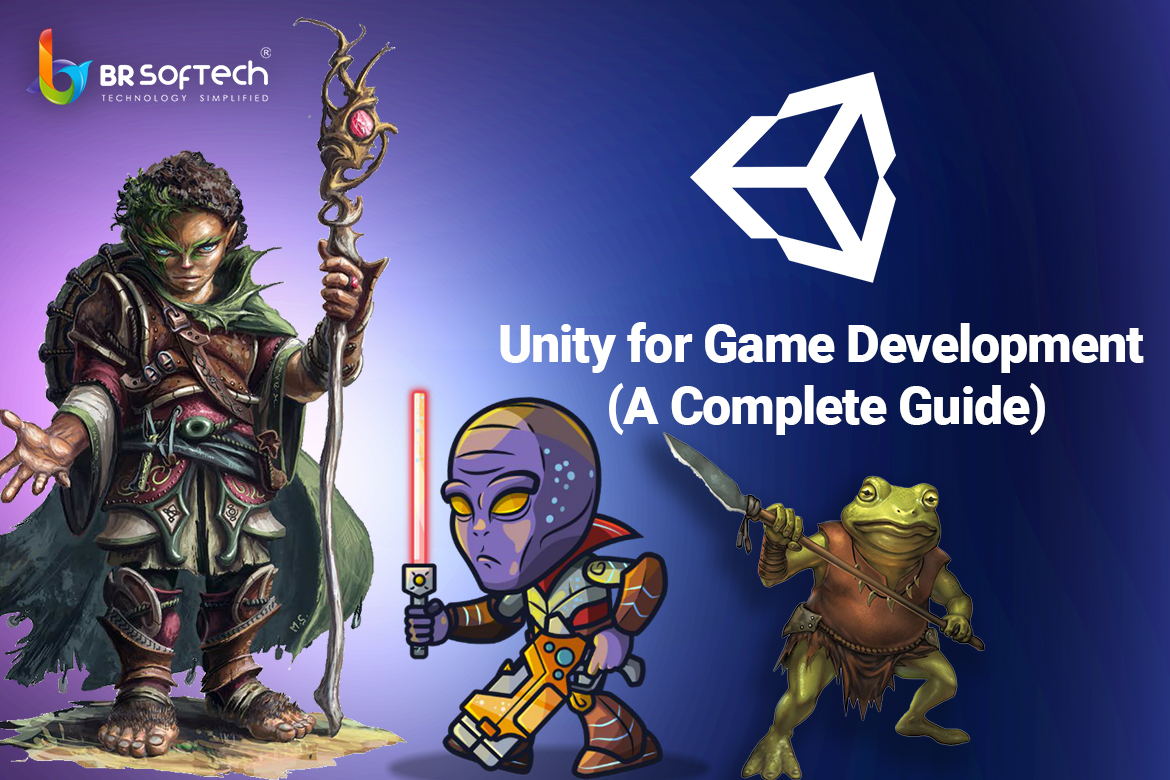