The invention or development of this type application by iOS and the Android operating system that is the world of the most powerful operating system in mobile application development. But the most of important features difference in user or developer mind that what is the best feature in Android, iPhone mobile app, which one quality makes application performance, how we create the best Android UI/UX Design Services and how to develop an iPhone app UX/UI Design Service. Here we are giving the attractive app feature, difference and similarities between iOS and Android application.

The App Development is based on “Integrated Development Platform” that which one we use like Visual Basic, Microsoft Visual Studio, Android Development Kit, Delphi, NetBeans, etc. These platforms are developing an impressive UX/UI Mobile App Design Services for Android & iPhone. However, the Google ADK turned over to the active environment. If you are new enterprises and user in the IT & Software development then you must have a laptop or MacBook after that you can easily develop the mobile application.
It is an important step to suggest the information about the both of mobile OS similarities, but the major concept depends on app installation compatibility. Furthermore, lots of application feature is similar to the Android & iOS mobile operating system. So let’s come on app UI/UX design service and enlisting features in the different essential platform.
A. Application Menu Icons 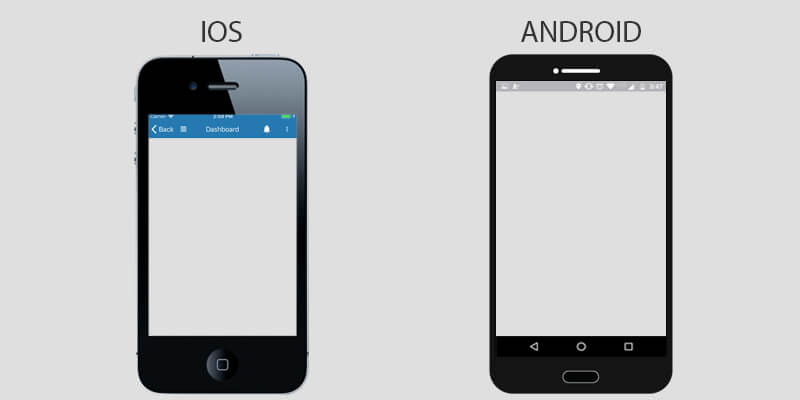 The application menu icon is the impressive feature that indicates the particular one feature it means a user brings a mobile and see the mobile music application which is too much impressive like headphone icon, headphone with a person icon or GIF Icon etc. Even more other app feature icons. So, according to my concept, the developer should be creative to develop a mobile app icon whether is based on the IOS and Android application UI/UX Design Services because the app icon is the first impression of the mobile application.

According to iOS Application UX/UI Design Services, the iOS developer use the Skeuomorphism and extended style service, that’s why the iOS developer knows every time the screen size compatibility on app developing time. 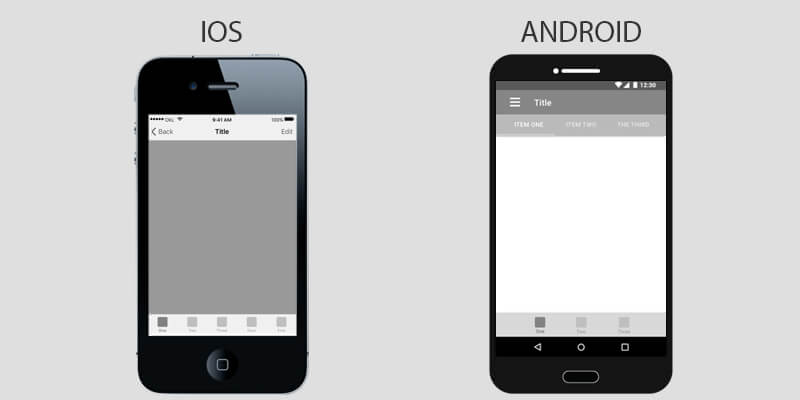 The App layout represents your top app icon which indicates the App Bar, Navigation bar, Tab bar & Bottom Bar and Status bar. These types of Application bar layout represent your application screen resolution. It is the major concept of every android and iOS App Development Company. Also, it builds a much better disclosure much better for app developer or designer. These app bar icon should have constant styles. 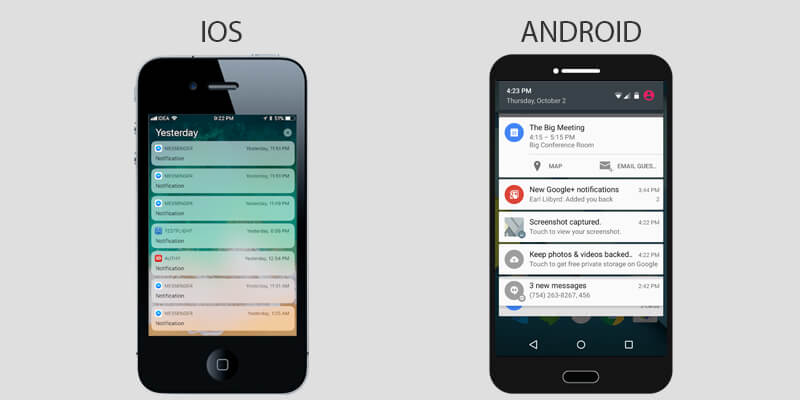 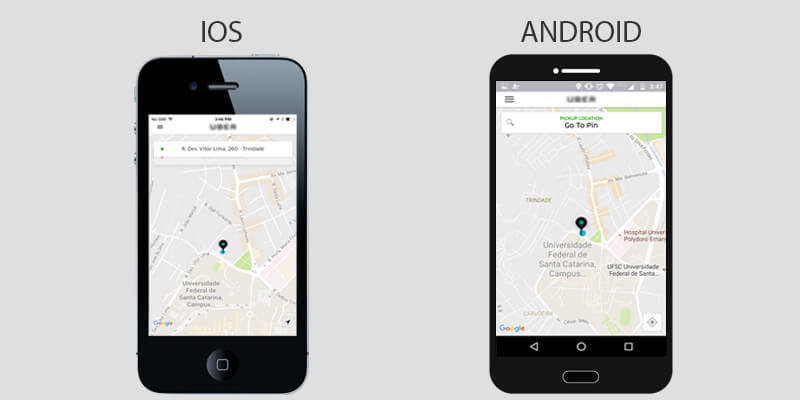 This concept your app validating and updating feature which depends on the new version. Another word we can say that Notification alteration is an important feature in the mobile app that increases your smartphone performance. So the developer should keep in mind always to develop the best option for a pop-up feature that gives a native feeling on the mobile screen when the notification release.

Ux and UI Differences Between iOS and Android