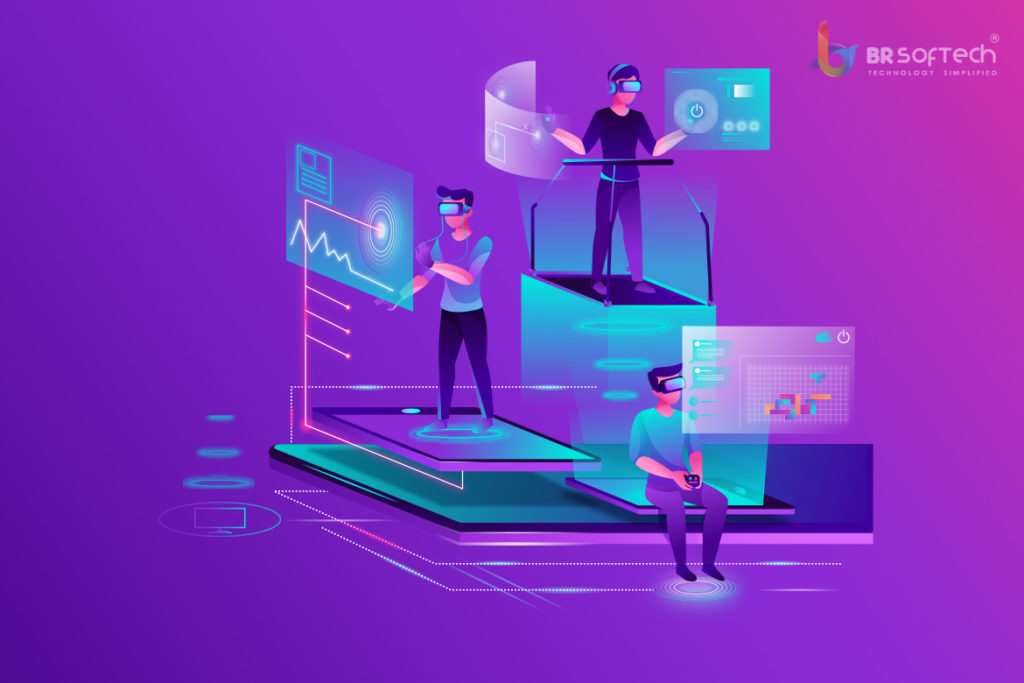 The influence of digital technology becomes more apparent in our everyday lives. So does the search to find more intuitive ways to benefit from digital technology. Augmented reality is one such great attempt to help people replace the traditional form of interaction between machines and humans with a more realistic way of interaction.

Augmented Reality (AR) is not a technology, it has been for years in the technology industry. As far as we talk about the involvement of augmented reality in the gaming world. It is a sophisticated and interactive way that enables the developers to cover and present the digital data just like real-world objects.

Due to a lack of information on the web, many AR game development companies failed to deliver the real potential of the AR games to their target audiences. That’s why we come in aid to you.

Understand the Impact of Augmented Reality in the Gaming World

In the past few years, we are witnessing a huge surge in the field of Augmented Reality. This technology is expected to continue its growth in the forthcoming years.

As per a report of Statista.com, the number of AR users is expected to reach over the threshold of 800 million by this year and it is forecast to become the community of 1.73 billion by the end of 2024.

The ultimate goal of using AR in the game development field is to provide an interactive experience to the players and enhance the visual experience of the game. Besides game development, the presence of AR technology can also be noticed in other sectors such as eCommerce app development, education, the military, and so many others.

The following reasons will help you understand the impact of augmented reality in the gaming world.

Augmented reality makes it possible for game developers to develop a digital environment in which players can interact and feel the gaming elements just like the real world. This functionality of the AR is attracting gamers and appeals to them to deliver an unforgettable experience. What does AR technology do? It takes the computer planned objects and converts them into real-world objects to deliver a realistic gaming experience to the players.

In the gaming world, augmented reality creates endless possibilities. It provides several benefits to the AR game development company and users that are far different from the traditional gaming methods available in the market. It is considered as the new-generation technology that has completely revolutionized the gaming industry and given birth to the scope of creativity and technology.

We have seen the gaming industry flooding with a lot of new gaming consoles that are the succeeding version of the previous iteration. Hence, it becomes a tedious job to choose the most suitable one. The same thing is expected to happen with the entrance of augmented reality in the gaming world. This offers new opportunities for game developers to incorporate the latest technologies into their games.

As a result, more and more gaming consoles will be built upon the features of AR games. This innovation will enhance user engagement and advance the gamer’s imagination.

There are a lot of features of Augmented reality mobile game applications. Let’s scroll down to see a few of the most common features that play a vital role in augmented reality game development.

This one is a highly favorable feature of an AR game. AR-based game development can be accomplished by acquiring minimal technology. Furthermore, augmented reality games can work on any smartphone equipped with decent features. You no longer need to have access to dedicated hardware like AR lenses to play AR games.

The main principle of AR is to match the gaming experience with the real world. In this series, AR lets the gamers customize their game character and other gaming elements to improve their character’s visual appearance and make it look like a real one.

In the real world, everyone has a friend circle. To help you compete with your real world, AR games can let you invite them to play together. You can visualize their character appearance as per choice or match up with their real-world one.

When augmented reality combines with the power of the internet, its capabilities reach a new level. The user’s device connects to the cloud server by using the internet connection, fetching the real-time data, and making it present to the user’s screen.

AR-based games cannot be designed to cater to specific ages or groups of people. It is developed for all the users who use a smartphone. From kids to adults, anyone who has a smartphone can make use of AR-based games. This indicates the universal adaptability of AR game development.

What is Forming the AR Game Cost?

While developing AR-based games, the first thing that comes to mind is the cost to develop an AR game. Here, we have provided a glimpse of all the factors that impact the cost of AR game development.

Once the process of the project analysis is accomplished, the designing stage will come into action. In this phase, the team of designers works on creating the UI/UX design of the game application depending on the user’s requirements. The app interface needs to be easy and user-friendly, so all ages of people can play the game. AR game design is the most time-consuming process, hence it requires ¼ time of the total augmented reality game development time.

Although, determining the exact cost of Augmented Reality game development seems impossible. The cost may vary depending on the aforementioned factors. Typically, the cost of developing an AR game would be somewhere around $90,000 to $1,50,000.

Many game developers quickly recognized the importance of Augmented Reality in game development. It is mainly used as a way to make human and machine interaction more meaningful.

BR Softech has broad experience in designing and developing Augmented Reality games from scratch catering to all our client’s requirements. 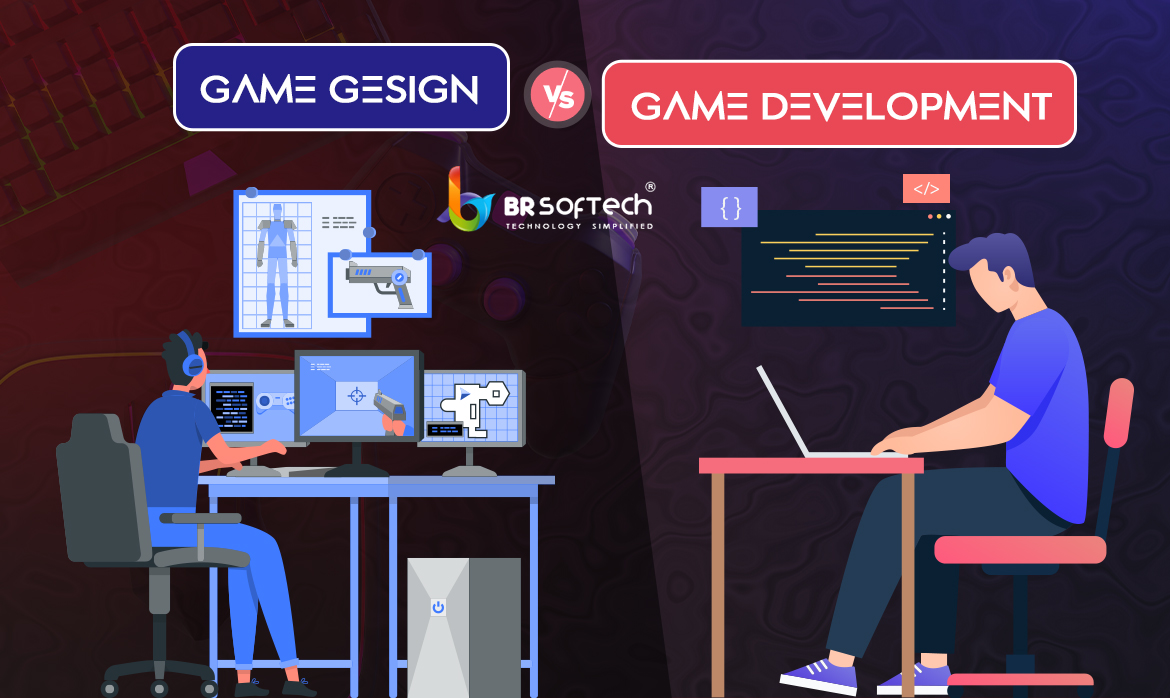 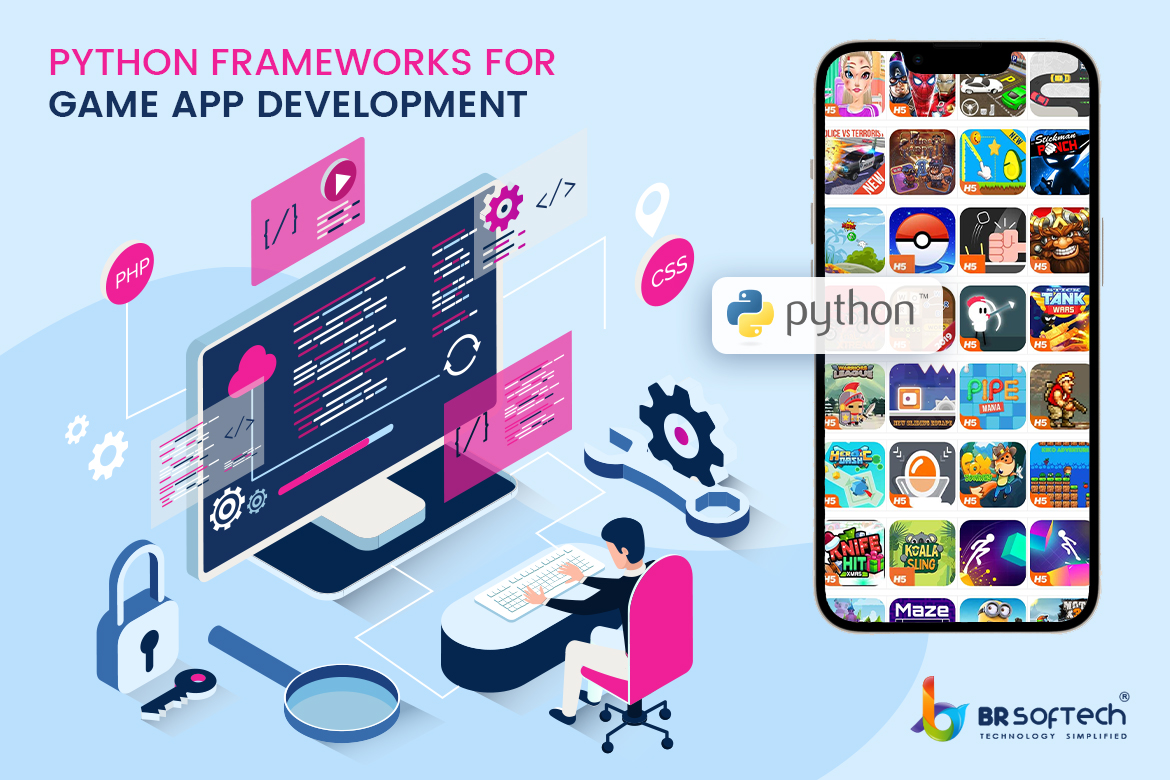