10 Features People Want to Have in Pokemon Go 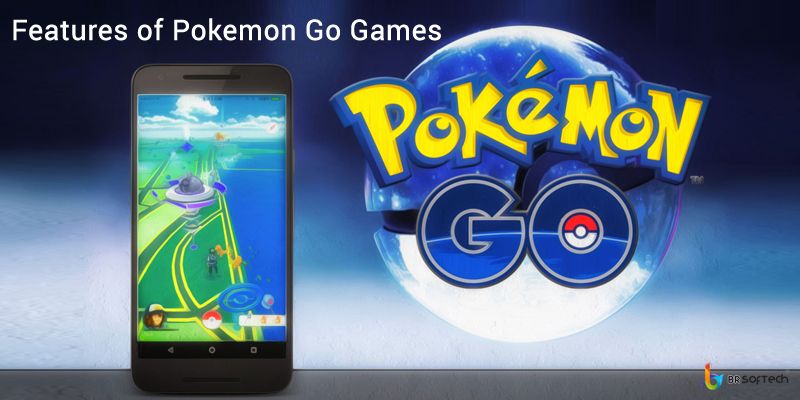 Pokemon Go is all the rage these days. In the early days of Pokemon Go, this game had faced different kinds of issues. It was not tolerated by the game lovers. People desire to have the game app which runs smoothly on the the handsets.

So, now Pokemon Go is all set to come up with the update technologies for the game lovers. The time when the issues began in Pokemon Go, the popularity began to decrease. There are various kinds of features which will be included in the Pokemon Go to attract the game lovers again. Are you looking forward to have Pokemon Go Source Code which will attract your customers to your game  business?
We are the leading IT company, having dedicated developers who have knack in developing the Pokemon Go. The new features will steal the show in the gaming sector.
The people who love the games to the core, desire to have the updated and fresh content and design in the game, so that it will unleash the gaming experience for the game lovers. Art present, the game lovers find playing the Pokemon Go as boring game. Some kind of twists will be added to make the game interesting and trending again, more adventurous.

1. The feature of Nearby: 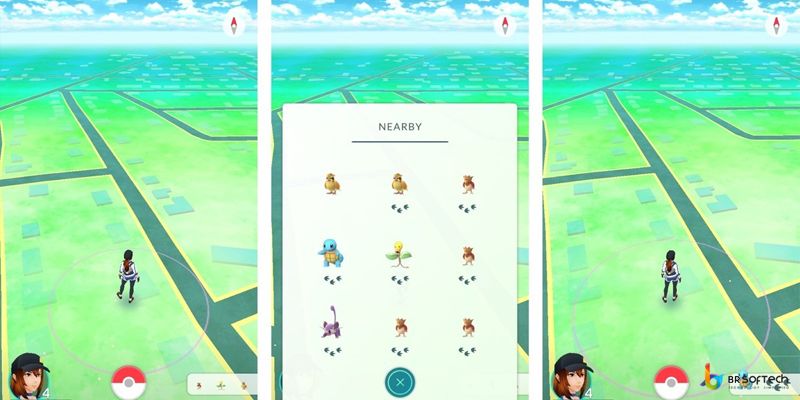 The marvelous which will make the game lovers feel over the moon is the nearby feature. At present, it is an uphill battle for the people to catch the Pokemon. This is the reason, outline of the Pokemon Go will be enhanced in the new version as such. People just can’t figure out, as to which direction Pokemon is hidden.

The class Nearby feature will help people immensely to find the Pokemon. This will be the best feature which will again grab the eyeballs of the game players for playing the Pokemon Go game. We develop similar to Pokemon Go Game  for the game lovers around the globe. 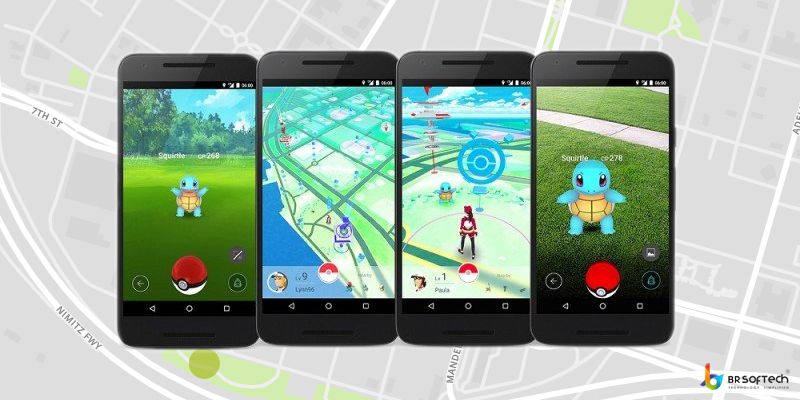 In this Pokemon Go app, people are able to challenge gyms only after they’ve engaged in different kinds of battles with the other trainers. The early promotions of the Pokemon Go predominantly featured all the people facing-off with themselves outside the gyms.

So, yet another class feature of Pokemon Go will be the feature of “fighting other players”. Niantic will not wish to make real-world scuffles for breaking out as a result of Pokemon combat. 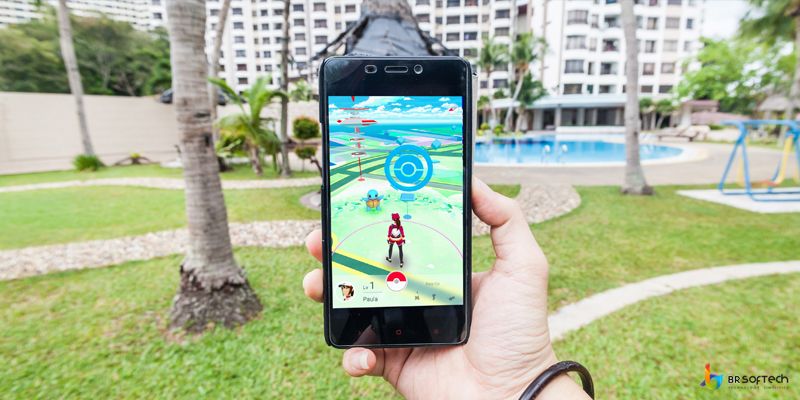 The cute Pokemon which is seen on the Pokemon Go app depend on the different factors, like climate, the terrain, time of the day. When you look at the app, you will not be able to figure out other factors except for finding the Pokemon near the water.

The classy Pokemon Go map UI also does not help in knowing if you are climbing the hill, walking through wetlands or any such terrain apart from the forest as such. If the Pokemon looks do no get altered as per the number of elements, then this must be the feature to be included in the app. Similar Game  like Pokemon Go will have the trendy feature of real world map of terrain too. 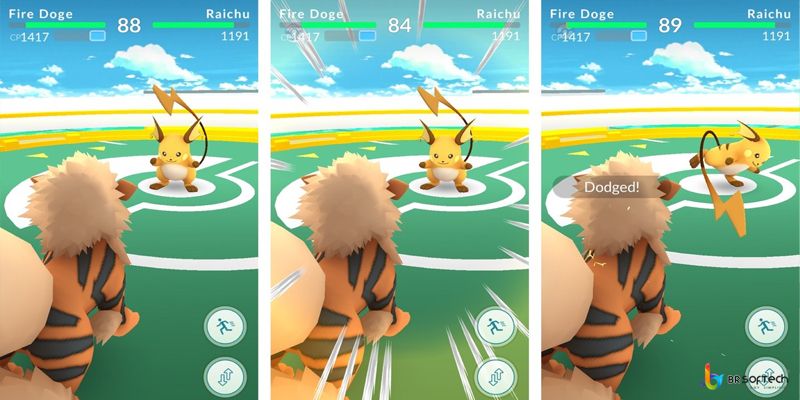 In the new version of Pokemon Go, even the friendship idea will be enhanced to the core. It will get quite appealing to battle with your friends with this app, in both the ways, online as well as by remotely.

This was the best feature which was just missing for the game lovers, in this game to experience adventure and thrill in colossal way. As of now, it is the solitary experience when you are playing with other person right next to you now.

5. Gym battle will get enhanced: 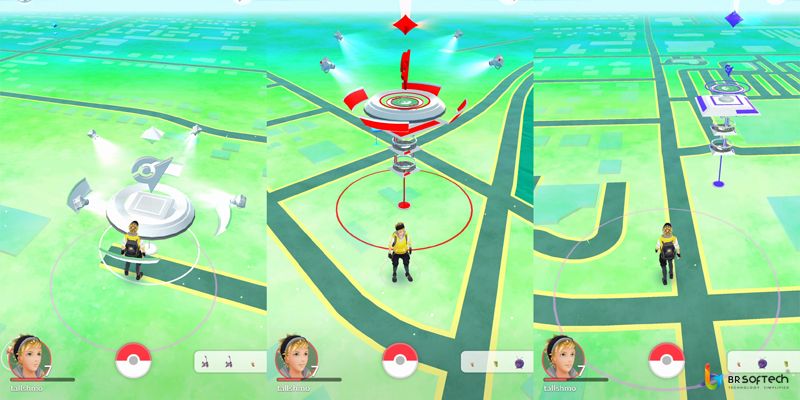 Inspite of the fact that, it is quite rewarding for conquering the trainer at the gym, the actual fight is when it feels dull and uninspiring.

On your smartphone, you are required to tap for attacking, either nby swiping screen to left or right direction. Well, this does not include anu such logic or the strategy which is included in the original Pokemon games. So, if Niantic is really planning to enhance the features of the game, this would be the feature which needs improvising to the core, battling system.Our game developers have prowess in developing Pokemon Go clone, which is free to download and install on your smartphone handsets.

6. Personalisation of the players: 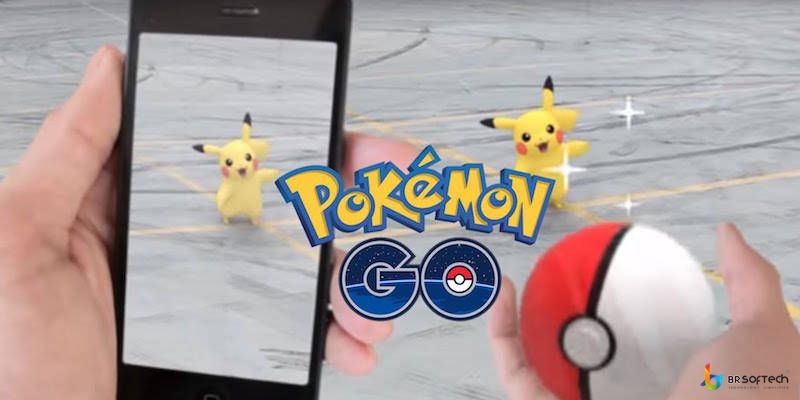 The players aspir to have their most trendy and charming avataar in the game. However, you opt for your outfits by yourself to wear in the game, before starting to play the Pokemon Go game, later on there are no more amazing customization options in the game as of now. All you can do, is just give a new name to your Pokemon. So, Niantic can look forward to revamp the features in enhanced player customization.

7. The wonderful home activities in the game: 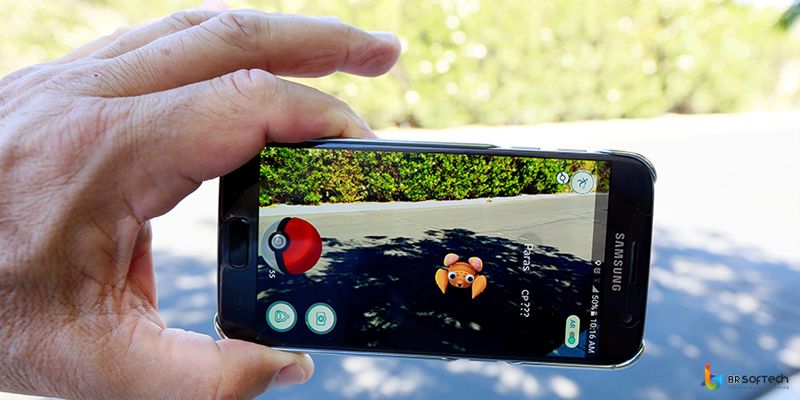 It feels great when you are roaming around in the town where there are loads of PokeStops, Gyms and Pokemon to catch. And many of your friends- when they just settle in the home at the night time after a good adventurous day of Pokemon catching, there is not much adventure in the Pokemon Go.

So, at present, this app does not include the required level pf the personalization as such. Yes, we can just catch the Pidgey or Rattata. Just think about the astonishing features like, you woud be training your Pokemon, or play with them, or feed them when they are not in the Pokeball. So, this would be the best feature which can be added to attract the game lovers again. 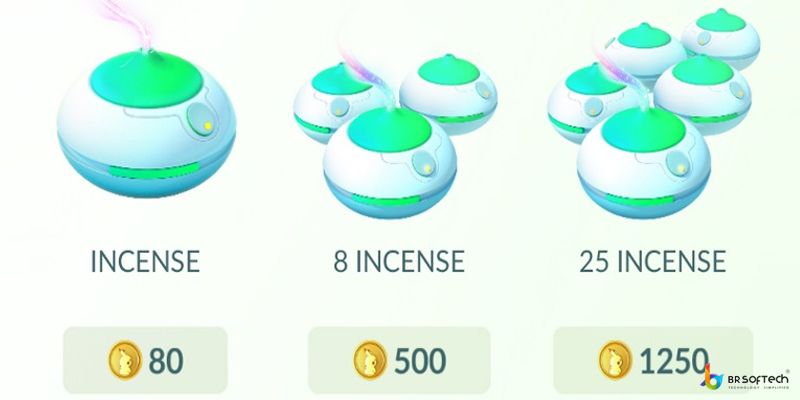 Niantic can also look forward to add this marvelous feature of rewarding in the Pokemon Go game which will thrill the game lovers to the core. There are various kinds of games which rewards the user just when they log in the game to start playing. It is a surefire way to increase the users playing the game to adventure thrill. The rewarding feature will just ease the current server. Do you want  to  develop similar Pokemon Go ? We will assist you from soup-to-nuts in the process of game app development.

9. Feature of connecting with friends: 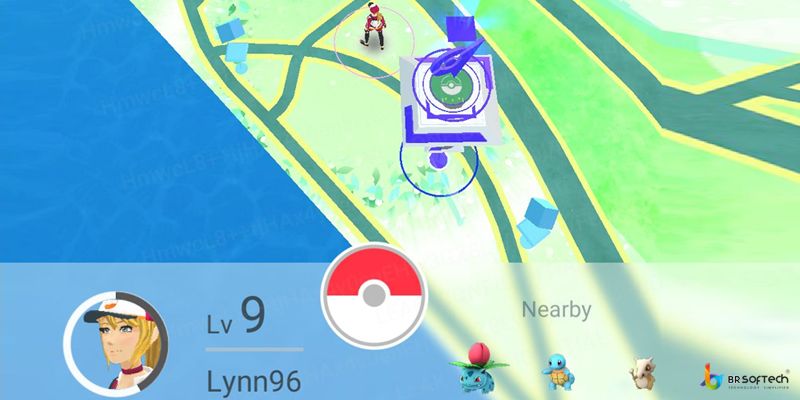 This feature addition will excite you immensely to catch as many Pokemon’s as you can. 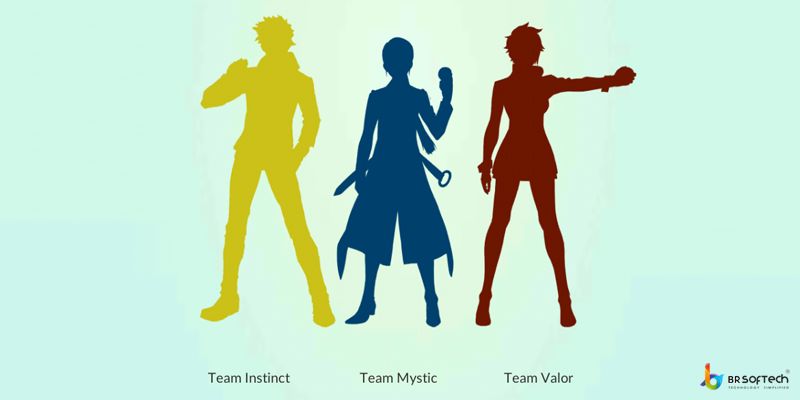 As of now, if you are playing Pokemon Go app as the team, say for instance, Team Valour, Team Mystic, Team Instinct. You might be feeling on cloud nine when your team has taken a Gym over, but there is no such way of showing that your team is performing well. Som Niantic can also plan for the awesome leader board for these three kinds of teams. This will help you observe how your efforts are being made for overall progress of the team.

So, do you love playing games on your trendy smartphone handset? The Pokemon Go loaded with new feature will unleash your gaming experience to a lot of extent. The all new Pokemon Go gaming app which will be action packed with the marvelous features, will attract more game lovers around the globe.

We, at BR Sotech provide you the top-rated game apps for leading operating  systems, Android, ios and web based. We also provide you the Pokemon Go PHP Script , wehnever you require the same.
Do you have the best idea of game app? Feel free to contact us and we will shall assist you 24×7 for  your best game app developed. 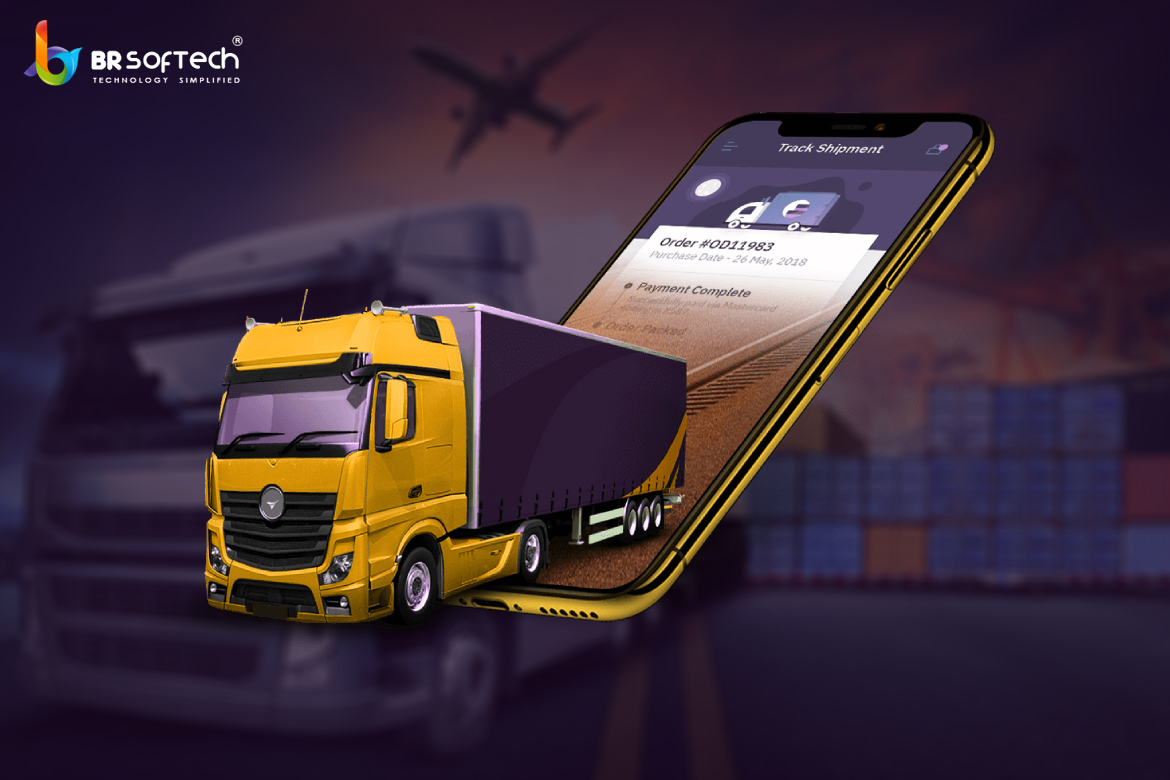 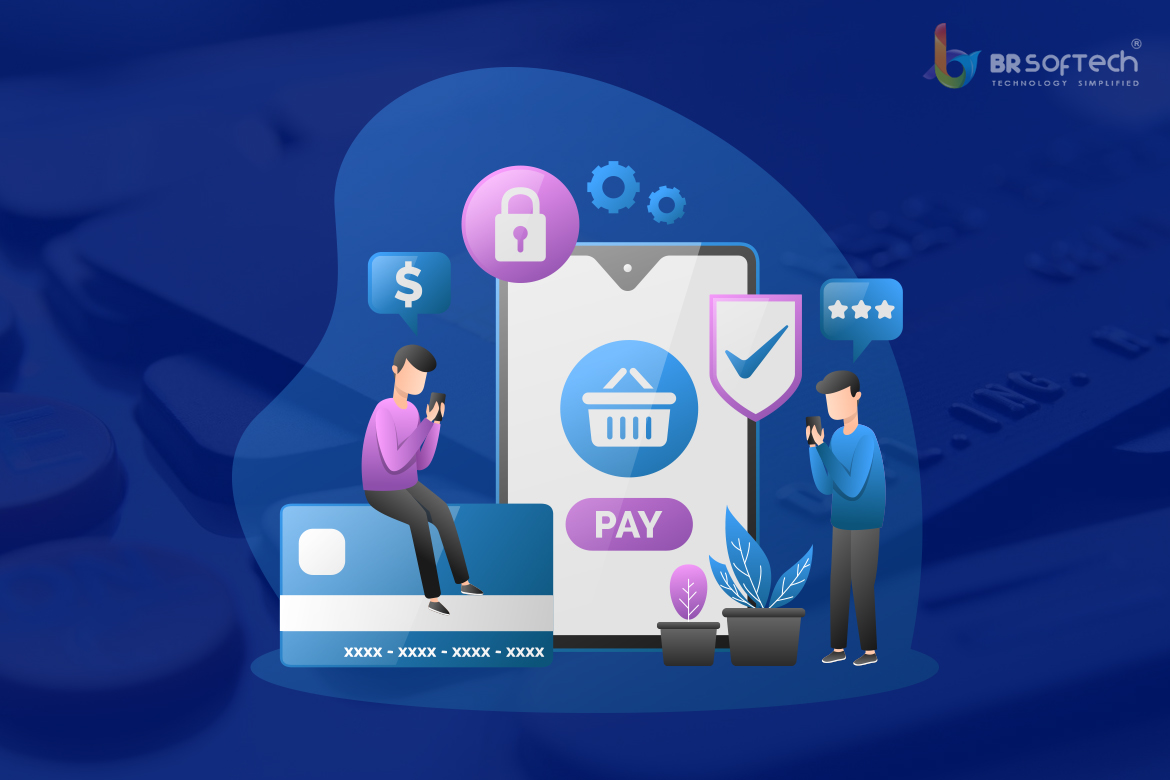