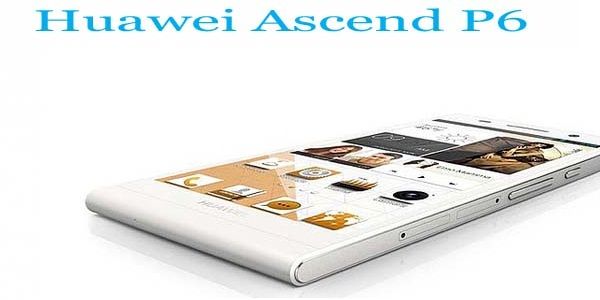 Recently Huawei launched the world’s slimmest smartphone ‘Huawei Ascend-P6’ measuring only 6.18mm in India. Even at being slimmest in the category and weighing just about 120g, this smartphone offers a combination of aesthetics and power performance. The Huawei Ascend P6 is called the slimmest smartphone in the world by the company and measures in at 6.2mm while considering 120 grams. The smartphone arrives in Black, Pink & White colors. The smartphone’s brushed metallic look with a naturally curved base is both stylish and intuitive. It marks a 4.7 inch LCD screen display that has a 720×1280 pixels resolution. It’s powered by the company’s internal chipset, the Huawei quad core processor, clocked at 1.5GHz & combined with 2GB-RAM.

The Ascend P6 contains an 8 mega-pixel rear cam with a BSI sensor, able of recording 1080p Full HD video and playback, apart from a 5 mega-pixel front facing cam. It runs on Android Jelly Bean 4.2.2 & features Huawei’s Emotion UI 1.6 OS-layer on top. The smartphone has a metallic body. It presents 8GB of in-built storage expandable up to 32 GB via micro-SD card and has a 2000 mAh battery.
Huawei Ascend P6 Features –