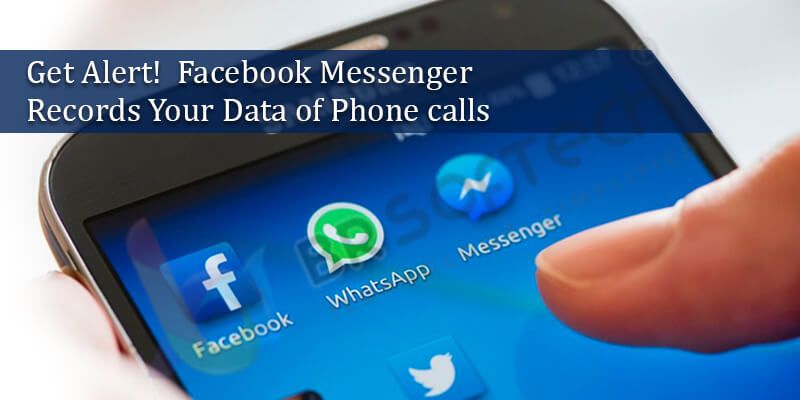 If you have installed the Facebook Messenger app on your phones or device, so there might be the chances that the company has recorded your data in terms of contacts, SMS and call history data and they can have the record of last one year.

This issue has grabbed the attention when Dylan McKay, a New Zealand-based programmer, got 38,000 retweets (at the time of writing), and the tweet was about his experience that how he got his year-old data which includes all the messages as well as incoming and outgoing logs. He found this when he downloaded a zip file from the facebook. It is really shocking.

This issue has earlier also come in media but people didn’t pay a lot of attention and this topic has closed.

Somehow it has my entire call history with my partner’s mum pic.twitter.com/CIRUguf4vD
— Dylan McKay (@dylanmckaynz) March 21, 2018

On this Facebook Spokesperson has given the statement – ‘’Since almost all social networking sites have been designed to make it easier for users to connect with their friends and family members, Facebook also uploads its users’ contacts to offer same.’’

Even you can check what data the social network has collected on you so far by going to your Facebook’s Settings→Download a copy of your Facebook data→Start My Archive.

Facebook users who are using it via Apple they are on a safer side as IOS never allow such kind of frauds.

Let’s tell you a few weeks back also facebook was on top of the headlines when WhatsApp Co-Founder Brian Acton tweeted “It is time. #deletefacebook’’. ANd now again now Facebook has left us with the question Are we safe on facebook? Should we use it?