The Advantages and Disadvantages of Golang for Creating Web Application 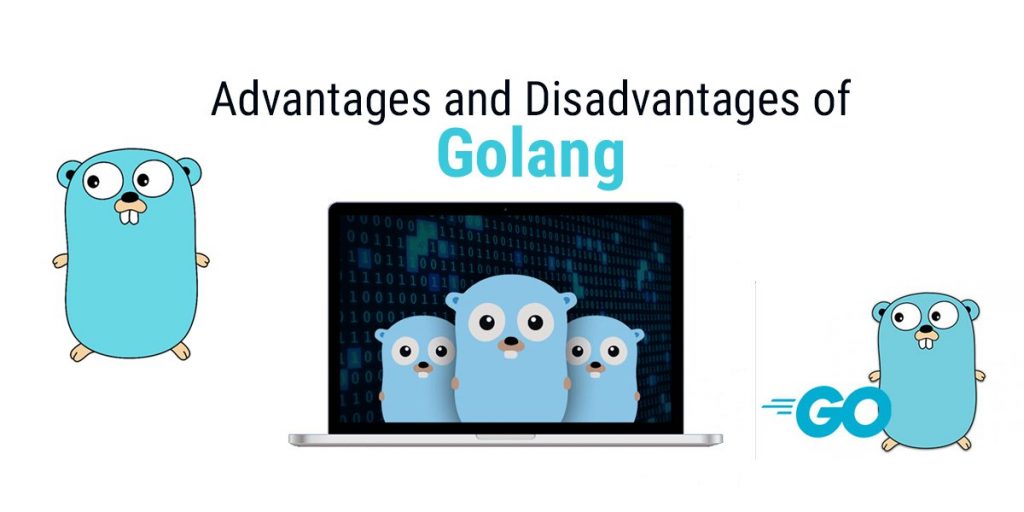 Go is Google’s second language of open source programming published, specifically optimized for apps running multiprocessor systems. Compiled programs in Go can be as quick as those in C or C++, and are safer and support parallel processes.

The Golang web development company has gained popularity since it was first announced in 2009 and is now being used by many businesses around the world and for a multitude of apps; some of Go’s programming customers are Dropbox, Google, SoundCloud, Cloudflare, Docker and Cloud Foundry.

To know more about Golang and their Frameworks, you can check this link or  read our detailed blog:>>> Golang Guide: Top Golang Frameworks and Tools

GoLang counts as one of many such breakthrough projects by Google that have made the programming world much more convenient.

The Golang was on solving the problems of writing codes in other programming languages without ending their characteristics. They easily faced the tasks for which Go was more suitable due to its concurrency, speed, simplicity, and high performance.

Golang is designed for those who want the job to be done efficiently and quickly with the programming language’s subtleties.

Go language is a compiled, cloud-based programming language. It was constructed by Robert Griesemer and introduced in 2009 at Google. The language of Golang has vital characteristics, including:

Organized Typing Memory Safety Garbage collection Even now, top businesses have also depended solely on the Go language, and it has become an important app and web development business service.

Go through our detailed blog for more information: – Golang Limitations and Use Cases

Here are some Advantages and Disadvantages of Golang for creating web applications: 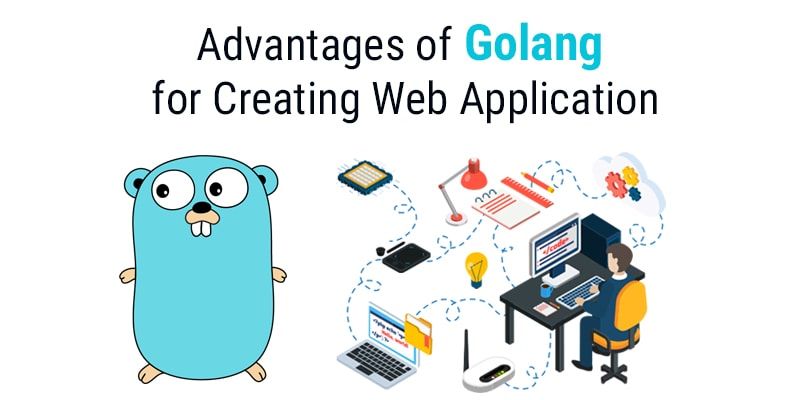 Go is a speedy language. Because Go is compiled into machine code, languages that are interpreted or have virtual runtime will naturally outperform. Go programs compile quite fast, and the resulting binary is very small. Our API is compiling an 11.5 MB executable file in seconds. That’s not something you can complain about.

Golang not only quickly in the sense that programs written in it run rapidly compared to other popular languages, but also fast in the sense that compiler can compile projects in an eye’s blink. Even Go programs can be edited and run straight on the Web.

Compared to other languages, Go’s syntax is small, and learning is easy. You can fit in your head, which means you don’t need to look and waste so much time. It’s very smooth and easy to read as well. Non-going programmers can read a Go program and generally comprehend about what’s going on, particularly those used to C-style syntax.

Go has smooth syntax with text-based workflow, minimal layout, and clear specification of the language. You can, therefore, learn a language and quickly become productive. This simplicity makes code maintenance less costly, and the process of development faster.

There are also a lot of packages for developers to use and it’s very simple to import them during development, which makes us less concerned about their capabilities and makes us feel like we’re dealing with them.

Probably this is Galen’s most praised characteristics. It promotes competition as it is born. It can make full use of multi-core capabilities.GoLang utilizes goroutine to attain competitiveness and offers a very balanced scheme of goroutine schedulers that makes spawning millions of goroutines simple. Stack use can also expand/shrink dynamically, making the memory use more intelligent.

Thanks to its increasing society, Golang is growing promptly. Although this language is comparatively new, it already has a lot of excellent paperwork. For a developer, the language is simple to learn and demonstrate excellent outcomes in real-time, which is quite motivating, of course. You can also discover a lot of software with countless contributors adding to it every day on Github.

With a 1.5 percent change overall from the past quarter, Golang web development industry has risen nearly 7 percent overall.

Developers appreciate the fact that a built-in testing instrument and the point that it has the easiest API comes with the language. The effectiveness of this instrument makes executable codes simple to test and profile. There are also advanced characteristics such as running parallel tests, marking tests, and so on.

There is no need for any additional dependency. If you have a file called thing.go, write your tests to another file called thing test.go and run “go test.” They can standardize our code and make it much easier to evaluate the function.

Modern tasks call for contemporary alternatives. Golang was developed with regard to cloud computing, which is likely to describe the tech world’s future. It was also intended taking into account the opportunities opened up by contemporary hardware architectures and the needs of computing issues of our era.

According to a report published on GitHub, Go is the fastest growing language of the year 2019. – Source

The language of programming relies entirely on the analysis of static code. Godoc for documentation, for instance, glint for listing code style, gofmt for code formatting, etc. The Golang developers introduced the tool as stand-alone apps for the command line so that they can be readily incorporated with any coding environment. The language does an excellent job of analyzing static code and makes it more trustworthy. 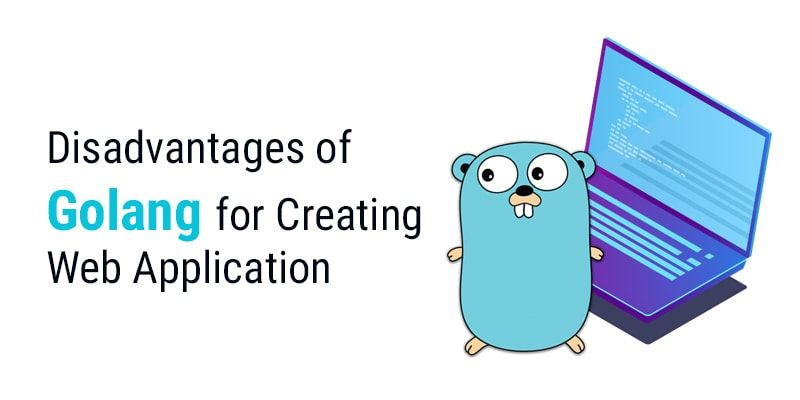 Golang programs require a repair error function if the error could be expected. This can cause trouble when the error track is lost, resulting in a lack of useful logic for managing errors. Some instruments can assist detect such mistakes as err checking and mega checking. Developers also need to write lots of blocks if they want to verify the mistake they made.

Still in Development Being a young language, it’s still in its adolescence. Developers are still finding it difficult to make full use of its libraries. There isn’t much assistance in using this language for a development point of view. In case of doubt, there is no online or library support for developers.

Go is a new language designed by Google. The most significant disadvantage of this language is, it doesn’t have any niche like JavaScript and Python. With no niche or generic, its code can not be reused like other languages.

Fewer packages than other ecosystems such as Node.js and Ruby. This is because the standard library of Go is full of characteristics that mostly do not require assistance from third parties. The amount of packages is growing, however.

Go is certainly a useful option if you’re on a new project or are planning on improving the next one. Once you get used to to the growth of Golang, you can make it mainstream, as its benefits compared to the downside are far inferior in quality.

BR Softech is a leading Golang development company. It enables you to create a complicated timeline and budget applications while managing 1000 simultaneous applications per second efficiently, which in other languages, can be notoriously hard. After all, without using any third-party services, you can create your own goods.