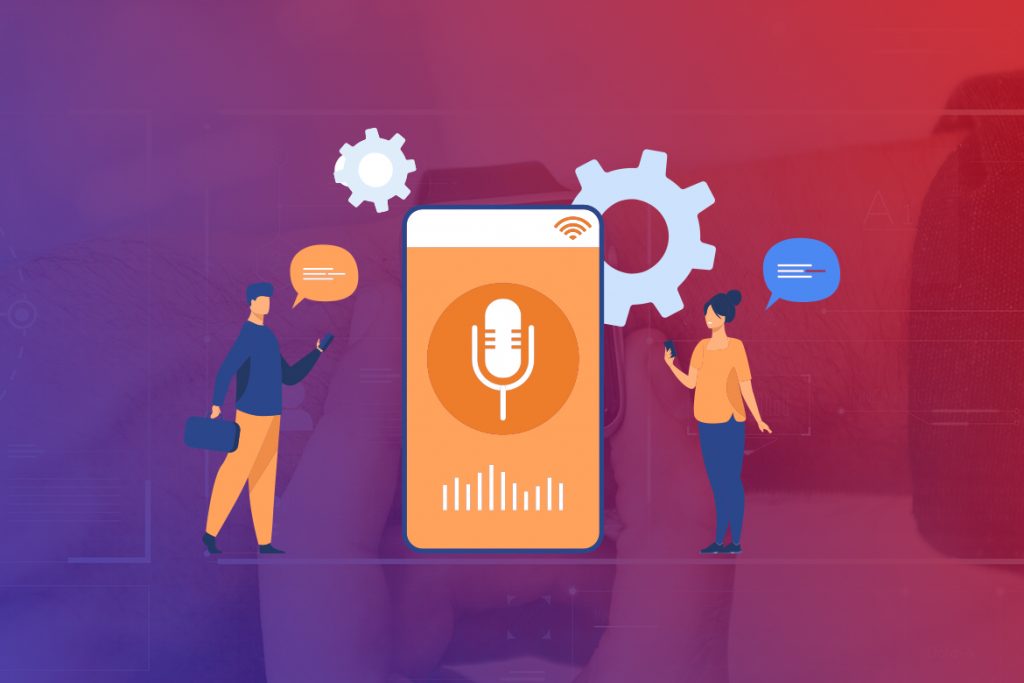 Voice assistants have capabilities for speech recognition for assisting users in using their smart appliances and gadgets. This assistance can be said to be the foundation of the user experience these days.

Voice App Development not only refers to old text to speech functionality, but it also helps to improve voice integration into IoT apps and so on.

Voice assistant development can be an amazing foundation to create new kinds of apps that can be beneficial to give a specific value to customers and their businesses.

As we all know that the era we are living in is the era of advanced technology, cloud computing, graphics processing, etc. And, these all are helpful to raise the use of ML and AI.

This voice assistant or speech recognition technology is helpful to show the true power of Artificial Intelligence to the entire world.

What is a Voice Assistant?

Voice assistants are a kind of personal helpers that can perform various actions just by hearing a command or words from you. You can use these in your tablet, smartphones, PC, etc. but it is necessary to have an internet connection. These voice assistants have become very popular in the past few years, and now, they have already been installed in new edge devices.

These voice assistants have now become synonymous with Amazon Echo and Google Home. And, these are not only limited to smart speakers, but now it is also used in household devices, cars, smartphones, etc. These are also known as a subset of intelligent personal assistants or virtual assistants. It takes inputs in various ways like-

Text– These kinds of virtual assistants can be called text-based assistants or chatbots.

Image- It takes an image as input such as Bixby Vision, Google Lens, etc.

As users are adapting the Voice App Development easily in their daily routine, the chances for these brands are unlimited. Voice assistants are virtual assistants that include natural language procedures, speech identification, and speech union to justify the user’s action. Here are some of the different voice assistants for different enterprises, take a look-

How Do These Voice Assistants Work?

Voice recognition firstly came into light in the early 2000s through IVR (interactive voice response) systems. They could understand human speech that was getting famous at that time.

The system covered the way for coming developments in this area and put the foundations for what we are having right now in voice assistants.

Simple voice assistants permitted for command’s pre-recordings and applied these commands on getting them by humans. These voice commands provide high-call volumes with good efficiency.

It includes routing all the callers to the right menu and the sales agent or to the operator that are right to assist them.

Even now, there are so many virtual assistants as well such as Siri, Alexa, and Google assistant. And, these all are products of the second era of Voice App Development. These work upon these below-mentioned algorithms-

Voice assistant is the procedure for changing spoken language into a text. It is called transcription and the computer also recognizes the said words. Now, you are required to interpret what computer got and heard so that it can act accordingly.

Understanding of natural language is something that permits semantic interpretation.

AI’s key operations also help to interpret human language. If we go beyond voice assistant, it can determine the intent of the speaker. Natural language understanding supports patterns included in human language, and it lets the PC engage in an effective dialogue with its users in an interactive, natural, and conversational manner.

There is only one key success factor that is the right interpretation of the command said. And, it works upon four key elements that are speaking, listening, processing, and responding.

You should be able to take full benefit of this voice assistant technology with the appropriate technology framework that is selected for the tasks.

With the advancements in Voice App Development, its user interface allows the people to interact with any computers containing smartphones, PCs, game consoles, and tablets.

These modern UI frameworks are expected to provide users with the confidence to use these computers as these are their devices that respond to their all types of commands and requests.

UI designs have human-centric interfaces, and this is the reason for enhancing innovations in this field.

Hence, this voice-enabled technology has become the paradigm for a next-generation interface that promises essential power to improve productivity and user experience.

These voice-assistants have empowered a large base of users to have improved control over their businesses, homes, and phones as well. Here are some of the following advantages provided by Voice assistant app development-

Virtual assistants have to offer intuitive user flow, and also the technological advancements promise to enhance the voice interface’s intuitiveness consistently. It needs decreased cognitive effort of a user than graphical user interfaces.

The voice assistant’s designers also consider easy and intuitive menus, so that they don’t have to tell their users how to use this technology. Also, people can ask the voice assistants if they need any help.

Voice App Development is something that is needed today and also necessary for human-machine interactions. It democratizes the technology used by permitting users to interact with their computers just like they talk to some other person.

They understand the intent of the users and also, respond correctly to the commands. These voice controls enable users to navigate intuitively between various AI systems.

Voice assistants permit interaction with no use of hands. This kind of information reduces the requirements of pressing buttons or tapping on the screen. Voice speech has been the basic human interaction mode for centuries. It is the base of the way of understanding each other.

It is the reason why technologies adapted this way are now highly valued. Despite that, text message dictation also got faster than typing. This way, users can save their lots of time and enhance efficiency.

By considering this, there is presented a place-onas concept by Microsoft researchers. And, it serves as the place’s hypothetical archetypes, in which the app is used. In this, users don’t need to use their eyes, hands, or ears; they can give commands through their voice.

If you experience with precise speech recognition software, then it needs more humane conversations. Nowadays, the user wants personality in human-machine interactions based on voice. At one side, they need a machine to express and understand their thoughts like its own, and it can be called empathic language.

On another side, they want a machine to speak in its native language for more efficiency, speed, and natural working of human interactions. This mixture permits identifying speech personality containing intentions, emotions, and speech features that are used by consumers for expressing themselves.

Through Voice App Development, a person can convey the message tone in a better way. Intonation and tone play major parts in communicating. This voice-enabled technology has its benefits rather than any other standard choices of technology.

And, when virtual assistants don’t understand the commands, they can reply conveniently so that consumers don’t feel countered.

In the meantime, consumers are all free to create commands as they want, and smart voice interfaces will respond to the intonation, word’s choice, and voice tone.

Except for that, the hearing voice of a virtual assistant, answering the commands or questions of users can provide comfort to persons who feel vulnerable or low.

Voice assistance can be divided broadly into three categories that are-

Bixby, Siri, Google Assistant in Samsung, iPhone, and Android devices are amazing examples in regard to common purpose voice-assistant. These are available on smart speakers, smartphones, and other smart appliances.

All of these virtual assistants can be helpful for things of common uses like arranging events, setting the alarm, launching apps, making calls, and so on.

Currently, Alexa declared the same through Alexa on apps. But Siri still doesn’t have any such feature and does not have much-improved performance in comparison to Google Assistant and Alexa. These two are improving their strategy and concentrating on the ability to do tasks inside apps.

By seeing the popularity of these virtual assistants, many brands have begun including virtual assistants as the basic communication mode in their websites and apps. Flipkart, TrainMan, Banks of America have already included in-app voice assistants.

These virtual assistants are available in the app to elevate or ease the customer experience. They have two types-

Amazing conversation designs and execution speed make the option desirable for enterprises. Some businesses include custom-built assistants on top of the platform such as Mycroft AI, Houndify, or Alan to their apps.

Why are Virtual Assistants So Popular?

With the Voice App Development, market adoption of the smart speaker has been proved faster than the smartphones in the USA.

It is one of the fastest adoptions of any new modern world technology. Every month, there are double active users than previous smart speakers. Even voice usage in cars has been exceeding the use of smart speakers.

In this blog, we have given you knowledge about the role of voice assistant app development for interaction between human and machine. It has achieved much acceptance in the past few years.

Even, many businesses have also started using it for their websites and apps. BR Softech, a Voice Assistant App Development Services Company, is providing lots of opportunities for businesses to get on board with this advanced voice strategy.

Our knowledgeable and experienced team will also help you further to have an experience like never before. 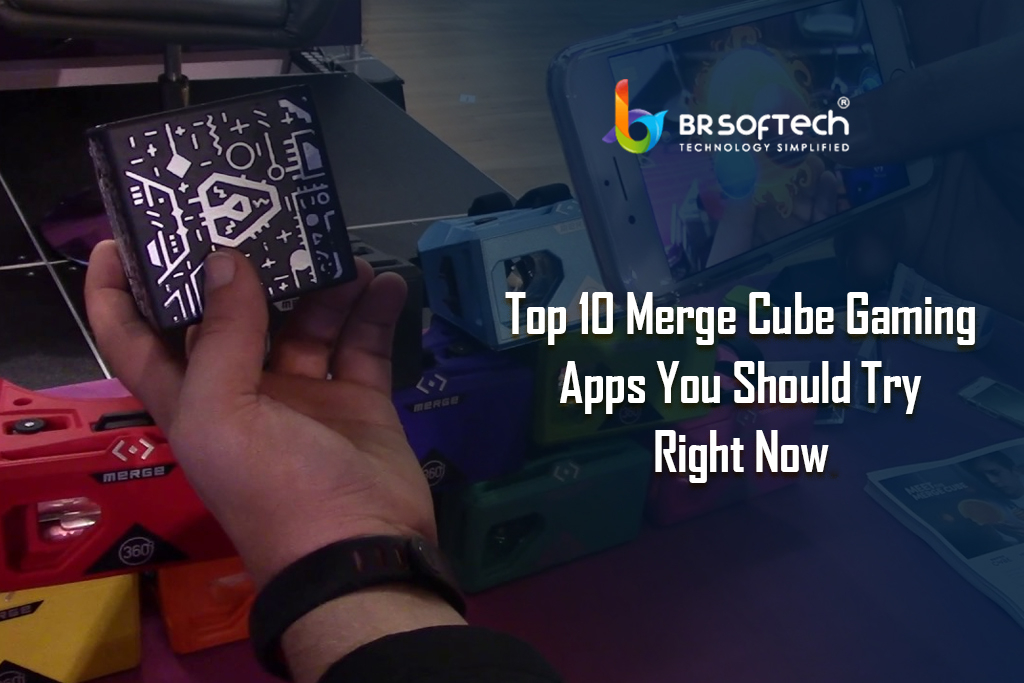 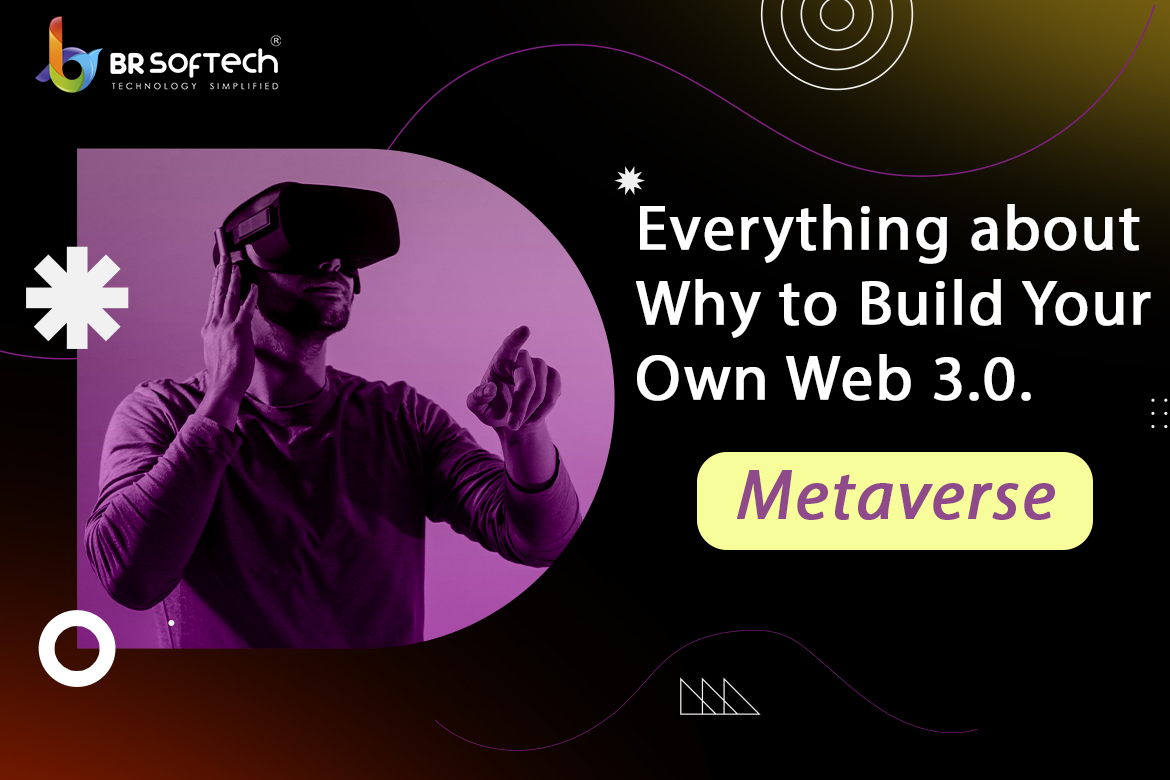