How Is Augmented Reality Used In Businesses? 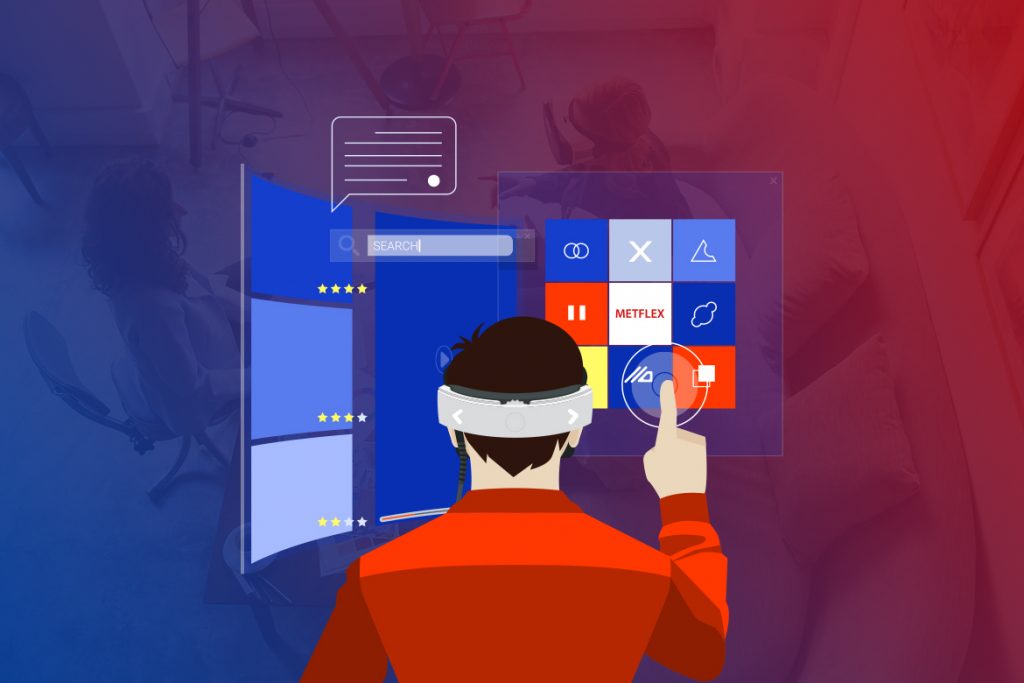 Augmented reality can change the way we used to interact with our surroundings. Using AR apps in workplaces gives the edge to the employees over the ones without it.

This article aims to cover each and every aspect of augmented reality and how it is being used to revolutionize the way people use to run their business.

BR Softech Pvt. Ltd. is a leading software company that can help you deliver to your employees and customers an augmented reality work environment.

Just like there are two faces of a coin, augmented reality can be called an evolved version of the virtual reality that rather than immersing the user in the digital world possesses the potential to make the digital object come alive or say interact with the real-world environment.

Cosmetics Retailers: An innovative application of AR technology can be explained by taking the example of a cosmetic brand namely ‘Sephora’ that uses the AR technology intelligently by allowing the customers to experiment with their looks and try out different styling options on their eyes, lips and cheeks with a wide range of products and colors on their digitally projected face.

This is an impressive way to boost the sales by gaining the customer’s confidence allowing them to try new looks in a fun way to try out new looks.

Archaeology: Archaeology is one such sector which is hugely benefited with augmented reality development. The study of ancient structures and relics has now become faster and more accurate.

Also, systems like Visual Interaction Tool for Archaeology have made the study of excavations simple like never before.

Architecture, Building And Planning: It can be the next revolutionary tool for architects. With the help of optimized apps, augmented reality can be used in building planning.

AR technology can also be used in building design and construction. With its ability to amalgamate the virtual and real world, it can be used to display 3D images of printed building structure on flat surfaces for a better understanding.

CityViewAR, an app that allows the user to visualize damaged and destroyed infrastructure and helps in the precise estimation of the loss and organize accurate and calculated repair works.

Also, Daqri Smart Helmet can be another perfect example of android powered augmented reality. It is a smart hat with the feature to assist the workers on-site by providing detailed and clear instructions.

STEM Education: Augmented reality is the next change demanded by the educational institutes. It has the power to merge texts, audio, graphics and visuals into a real-world environment, making it a fun learning experience. AR technology can simplify complex subjects for longer retaining by interactive visuals and 3D projections.

Manufacturing: With the help of the augmented reality development company, one can invest in developing AR-powered operating manuals, i.e. an alternative to the paper manuals that not only reduce mental effort but is also an environment-friendly alternative. Also, as the instructions are superimposed on the area of operation, it makes learning safe.

Commerce: AR technology is beneficial in enhancing commercial operations. There are multiple benefits when it comes to augmented reality in retail. Customers can now virtually try clothes, eyeglasses, or any other accessories without having to actually visit the store.

Read more: AR Development Company: Why It Is Important In Business Growth

Also, with the help of an AR-enabled device, consumers can scan and know the product inside the packaging without literally opening it.

Emergency Management: Usually, there are high risks involved in training staff for emergency situations. With the help of AR, real like emergency circumstances can be created virtually that eventually results in a risk-free training.

Also, there were circumstances reported in which the involvement of technology has helped in search and rescue operations by precise identification of the location using an image.

Social Networking Apps: The AR technology has made its place in social networking apps as well. With the ability to add digitized elements, it has opened the new dimensions for social networking enriching it with a versatile touch.

Be it a casual chit chat or a business conference, AR technology is sure to add a modern touch to the way you connect.

Video Games: AR technology is a boon for the gaming population. The process of augmented reality game development has revolutionized the indoor gaming experience.

AR technology has been used as source technology in the development of some of the superhit games of their time, for example, Pokemon Go.

Healthcare: The technology aids by supporting medical practitioners during their critical hours while performing surgeries by allowing the surgeons to locate the veins or organs without actually making a cut on the body surface.

Also, it has implementations in medical sectors as well. AR-powered devices can be used to remind the patients about their medicine cycle.

A recent trend with the help of augmented reality business app developers in the field of neurosurgery, an area highly dependent on imaging before actual operations, is witnessed.

Flight Training: The dream of becoming a pilot has now become even more pleasant with the successful application of AR technology in flight training.

Research has proven that aspirants using adaptive augmentation based learning techniques and flight simulators learned to operate aircraft much faster than the students not using it.

The AR integrations not only makes the military operations safe to carry but also helps in managed planning and execution. A great example of its implementation is during landmine detection.

Navigation: Finding routes has never been so easy. Thanks to augmented reality. Be it space exploration or land navigation, with the help of AR technology improved accuracy while navigating is experienced over the old navigation devices.

The potential that it has of displaying real-time information about the terrain, weather, traffic, road conditions and much more has found its application in hiking, touring etc.

Another plus point for using AR technology in navigation is its ability to execute work with accuracy, even in low visibility conditions.

WayRay, a Swiss company is a perfect example of how augmented reality has been dealing in the development of holographic navigation systems based on AR technology that enriches drivers experience by providing detailed information about places of interests, directions and other additional information directly in the driver’s line of sight making enhancing safety and convenience.

Tourism And Sightseeing: Augmented reality has the capability to transform the tourism and sightseeing industry. With the help of IoT and AR technology, it is possible to provide real-time geographical information, features about a place and remarks marked by any previous visitors.

Music: The success of augmented reality has spread its roots into the music industry as well. With the immense potential AR has, it is now possible for the DJ’s to mix and play using a 3D projection over the traditional music player making it a boon.

When it comes to the AR app development, there is not just one but many facts related to it. For the service provider to ensure smooth user experience, all the points should be considered, and precise work should be done.

Augmented reality app development is undoubtedly not a child’s play, but it requires expertise in software development to create a rich AR-powered application.

Scroll down to read about the significance of different requirements of AR app development.

What To Look Into An Augmented Reality App Developer?

Creating applications with such advanced technology demands experts of various domains. An expert, having knowledge about the different elements of 3D modelling, such as rendering, shading, and texturing.

It is best to have a professional with an experience of working with complex languages like C++ and C#. However, the platform for which the app is built might become the factor influencing the selection of programming language.

The integration of other modern technologies with augmented reality is sometimes seen taking the user experience a new level.

Before planning a business venture in augmented reality, it is the basic demand of any entrepreneur to know about the market trends and scope of such an evolving technology.

The market analysis of AR technology varies with its type, i.e. either it is hardware or software and the end-user.

The market cap of augmented reality was calculated, and it came out to be 0.882 billion U.S. dollars in 2019. Though it might sound much less when compared to the hype that it has made about its capabilities however with the gradual surge in its popularity and demand, it is expected to register a compound annual growth rate of 151.93%.

AR development is a complex project, and the fact can be verified by taking the examples of leading brands such as Microsoft in the development of Hololens, that initiated in the year 2010 took more than 6 years to complete. Another ‘not heard much about’ project, Magicleap that raised a massive amount of 1.9 billion U.S. dollars took more than seven years in the app development.

The cost of availing augmented reality app development services may vary depending on the complexity of the project and expertise of the developer.

However, these figures are just an estimate, and the cost of development may exceed depending on your objective.

The article with an aim to educate the reader about the various implications of the advanced technology in business operations can help you expand and enhance your business approach and eventually the profits.

AR apps in workplaces can be considered as the future of carrying business operations to increase the effectiveness and accuracy. BR Softech Pvt. Ltd. can help you carry augmented reality office operations by using its expertise in developing an optimal software solution for your business. 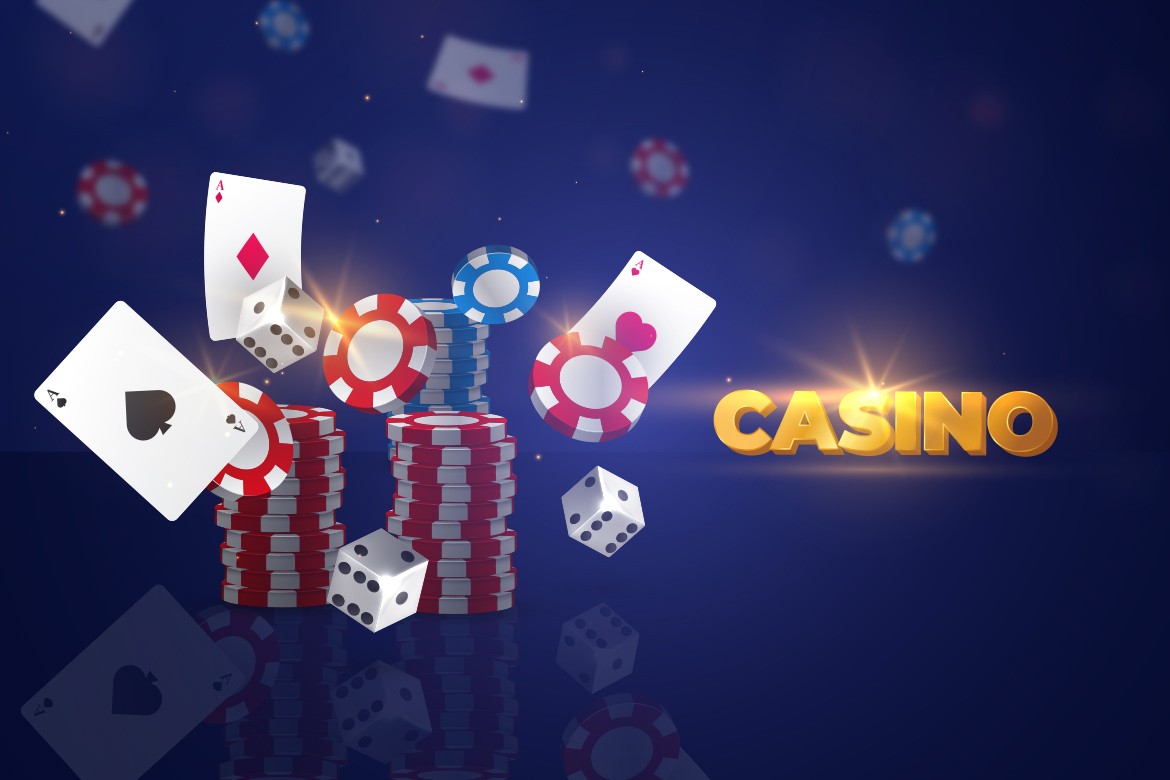 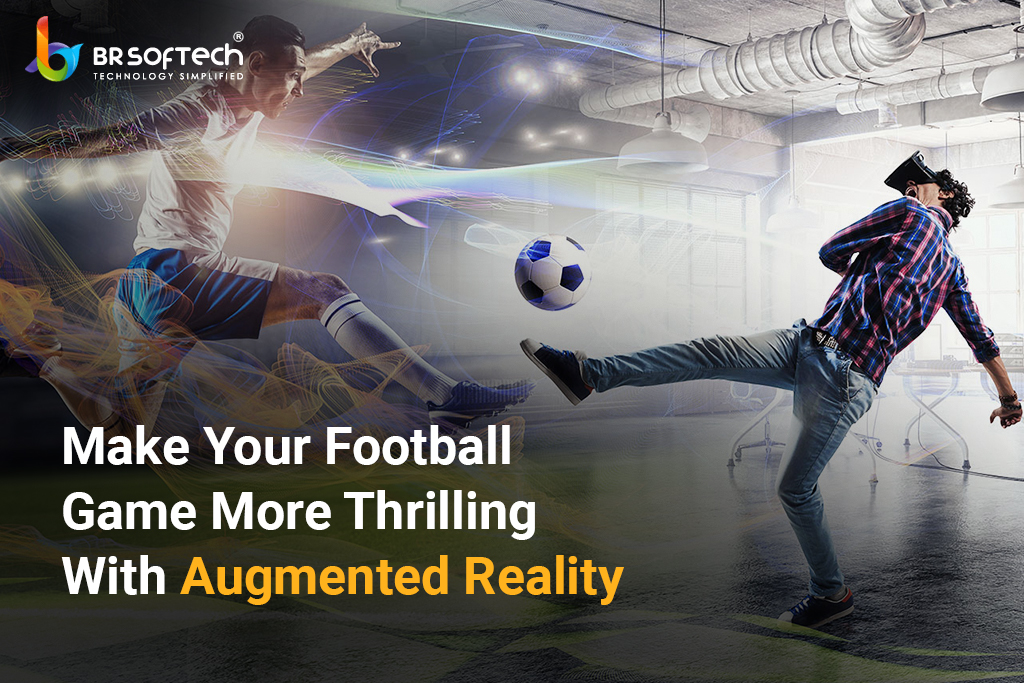