Go vs Rust: Which is Better Programming Language for Future and Why? 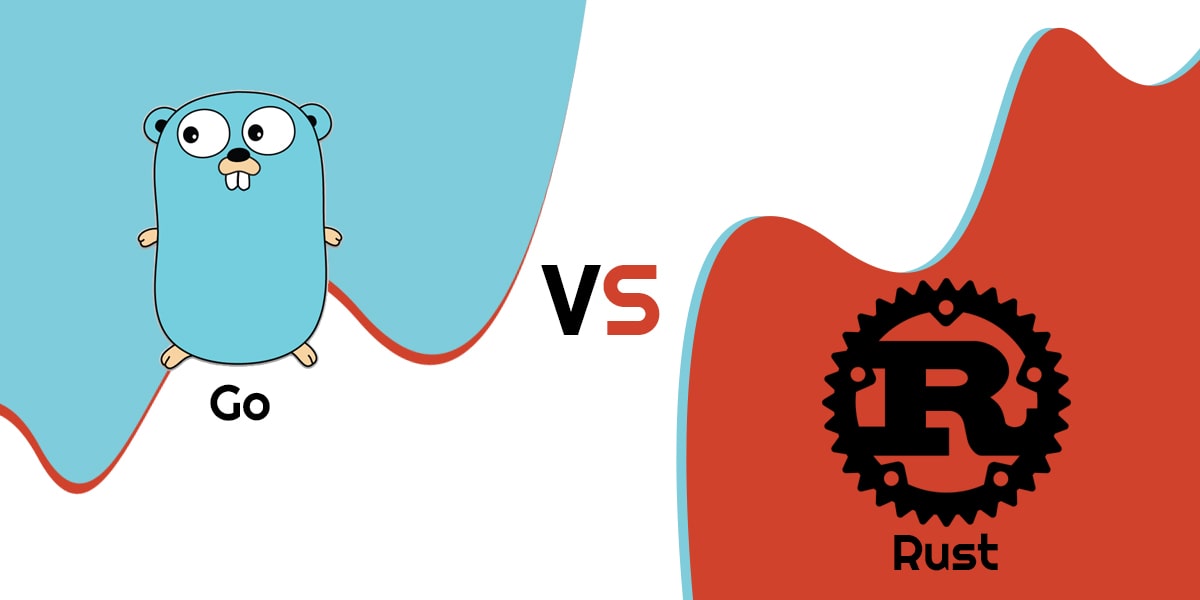 In this technically advanced era, everything perfect is required. The best skill to add in your resume is to learn a programming language. The time of the pen and paper is gone. Now to store and access any information or data, computers are needed. Computers are everywhere, in our daily life as well as in giant industries. From spacecraft to speedometer of a bike, we can see numerous examples of the computer getting involved in our lives. Many rust and golang web development companies are introducing their customers with the latest technology in the market.

Go is a short form of Golang that was developed by Google in the year 2007. Go language is widely used in startups in silicon valley. Golang is a compiled programming language. It is very much similar to C and C++ when talking about efficiency but easier to read, write, compile and deploy. Interfaces of go are not very expensive. It is a safe, strong and statically typed programming language. The specifications of the Go language are dependency management, built-in concurrency, garbage collection, vigorous across multiple boundaries among the components, etc.

With a 1.5 % change overall from the past quarter, the Golang development company has risen nearly 7 % overall.

Because of its syntax, Go is easy to learn and also it is a general-purpose programming language that is safe due to its static typing. Go does not use class inheritance like other object-oriented programming languages but it uses runtime polymorphism. By avoiding the parent-child model, it allows the developer to create larger types using many smaller types. Numerous tasks that require a lot of coding in other languages that can be resolved with a few lines of coding in the Go language.

Companies Which Use Go Programming language

There are numerous golang development companies that are using the golang web development . Some of them are-

By Stack Overflow, Rust is becoming an increasingly popular language to learn, the survey found: 23% of Rust users said they have been using it for three months or less. About 24% said they started using the language one to two years ago, while another 23% said they have been using it for more than two years. Only 30% of Rust developers use the programming language at work, according to a survey from the Rust Programming Blog. (source)

Rust provides memory safety and has good control over the memory lifecycle. Using Rust, a famous web browser was built that is Mozilla. Rust language is able to write fast code using less memory. The compiler of Rust is so strict that allows you to concentrate on the problems that you are trying to resolve. Writing a program in Rust is a mix of Scala, Haskell and Ruby programming languages. The user base of Rust is growing extensively.

Companies Which Use Rust Programming language

There are numerous golang web development companies that are using the Rust language. Some of them are-

What Go and Rust Have in Common

Go Vs Rust: A Comparison

1. Performance: Performance of Rust is comparatively better than Go. Programs of Rust are designed to run at a similar speed of C and C++. In the comparison of Rust vs Go 2020, Rust wins in performance factor.

2. Concurrency: Talking about concurrency, From the beginning, concurrency was built-in in Go language syntax. Where Rust gained it recently. Despite the fact that the concurrency of Rust lacks. Here Rust is behind Go.

3. Memory management: At runtime, Go is handled automatically. While writing code there is no need for reallocating and releasing memory. Rust program could not cross the compilation stage if the program is not memory safe.

4. Development speed: Development speed is much more important than a program speed. Go in not the fastest language but to write software it is fastest. The compile speed of Rust is higher than Go because of more language features. If someone wants faster development, then he/she should opt for Go over Rust.

6. Libraries: To compare programming languages, the best way is to compare libraries of them. Because it is hard to switch to another language which has fewer libraries. Both Rust and Go have a lot of libraries.

7. Complexity: Go is a simple programming language where Rust is tough to understand. Rust is a comparatively more difficult language than C, C++, and Java. It requires hard work and constant learning of months.

8. Functionality: Go has very fewer functionalities compared to Rust. One the other hand Rust has so many functionalities that’s why it is so complex for some projects. To develop a simple single-purpose application or a website Go is best.

>>>Why is Golang better than Python for Web Development?<<<

There are many cases where Go is better than Rust and vice versa. One needs to choose Go over Rust when someone wants to write faster code, when performance is not a question if they require simplicity and when they require readability. Go is super speedy compared to Rust. Speed is a factor where Go won it from Rust. Both the languages came out at the same time that is why both are considered as competitors. Compared to Rust, the growth of Go is faster. Go is known for its better programming experiences and simplicity that makes it more efficient and cost-effective for working in large teams. At the present time, currently Go is the winner of the competition between Go and Rust. Maybe in the future, the image will change.

If you are looking for a Golang development company which can develop applications and websites in Go language. Here we have a solution to your problems. You can hire golang developers or hire rust developers according to your requirements.